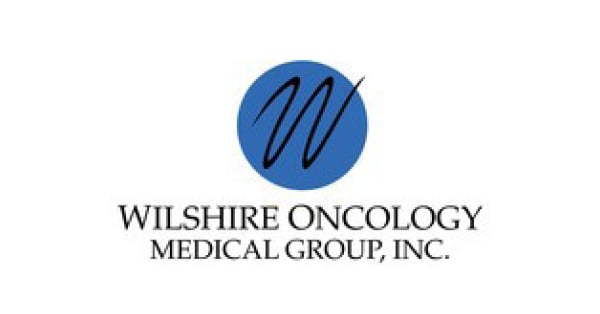 As one of the leading cancer treatment centers in the United States, Wilshire Oncology Medical Group operates seven clinical treatment centers throughout the Los Angeles area dedicated exclusively to the most advanced, community-based cancer care. The company's leading-edge treatment practices are supported by its state-of-the-art information technology network that includes fully-electronic patient medical records, as well as a group-wide practice management system delivered as a Software as a Service solution.

Between these critical, heavily Internet-dependent applications and the company's standard business communication needs, Wilshire Oncology has successfully leveraged the power of instantaneous data transfer to facilitate the most efficient treatment for its patients - patients for whom time is an exceptionally precious commodity. A delay in the receipt of critical test results or in the transmission of prescriptions due to an IT failure can have a direct impact on patients' care and comfort.

To maintain optimum performance across its entire IT infrastructure, Wilshire Oncology relies on Paessler AG's PRTG Network Monitor to keep tabs on vital data connections, servers, applications and even some workstations. Eric Hill, Director of IT Services at Wilshire Oncology, says that PRTG enables him to be much more proactive and efficient at resolving potential IT issues before they even become a problem.

With 368 remote sensors deployed across the company's network, PRTG monitors the Wilshire Oncology network not only for Internet connectivity and VPN connections between the corporate offices and remote locations, but also the speed and reliability of connections with its third-party vendors, battery backups, 16 physical servers, 9 virtual machines and even some individual workstations.

Each remote probe reports data to the main PRTG console on a Dell PE1850 server, running Windows Server 2003 R2 x64. The data is compiled into an easy-to-use graphical snapshot of the entire network's performance. From the main dashboard, Hill is able to drill down to examine specific details about particular components.

A built-in automatic reporting system delivers specific reports via e-mail to Hill on a daily, weekly and monthly basis to help him keep track of normal operating status and spot any abnormal trends. In the event of a problem with a vendor-supplied application, Hill can use PRTG to generate a report illustrating the memory usage on a server or decreased transmission speed, for example, and supply this data via email to the vendor for troubleshooting purposes.

"PRTG allows me to monitor the uptime, quality, speed and reliability of critical data connections between our corporate headquarters and 10 remote facilities," Eric Hill, the Director of IT Services at Wilshire Oncology, said. "By understanding what 'normal' usage looks like, I am able to spot any abnormalities, identify the issue and remedy it before it causes a problem that affects patient care. The thought of a person who is ill or in pain being told that he or she has to wait on a prescription or a test result because of a computer problem is very troubling to me. PRTG helps me to avoid that situation by ensuring that everything is running smoothly."

Meanwhile, in the event of an actual outage, network traffic slowdown or any other noteworthy event, PRTG automatically alerts Hill via e-mail, SMS, or pager so that he may begin to immediately diagnose the problem. With multiple locations and limited resources, this allows him to work much more efficiently to resolve issues, saving both time and money in troubleshooting, travel and even hardware/software upgrades.

"Using PRTG, I can diagnose problems much quicker," Hill says. "For example, PRTG notified me about a failure on a third-party lab interface. Using PRTG, I was quickly able to rule-out several critical systems, and pass the problem to the software vendor. When the problem was resolved, I received an email from PRTG before the vendor contacted me."

"Technology is a major investment for a medical practice," Hill says. "PRTG helps me plan and budget. For example, I've used historical monitoring data to determine if a physical server is a good candidate for virtualization."

"As medical offices continue to embrace technology, there is a growing demand to ensure the most efficient use of that technology," Hill said. "PRTG can help healthcare organizations identify real needs, justify the costs of upgrades, and decide where to make IT investments that will do the most good."

PRTG allows Wilshire to stretch its technology budget, as well. Although it is primarily used for server and network monitoring, Hill says he has used it for temporary monitoring of troublesome workstations. In one case, PRTG helped him to determine that a problem was caused by too little RAM in the machine - a problem easily and affordably corrected by adding more memory rather than upgrading the entire workstation.

"In choosing PRTG, value was a significant concern. There's plenty of monitoring software available, but I was looking for the best value," he said. "Paessler has proven that good monitoring software doesn't need to be expensive. PRTG has paid for itself, and it's been invaluable in helping us to plan for hardware expenditures."

Having the software maintenance allowed Wilshire to migrate from PRTG 7.2 to 8.1 at no additional cost. Hill continued, "Paessler is constantly working to add additional features to PRTG. Moving to 8.1 was extremely simple. Even though it was a major upgrade, it installed seamlessly on top of the 7.2 installation."

"The updated web interface in 8.1 is much faster. Also, I had previously written a custom sensor to gather Terminal Server session information. Paessler expanded on this idea, and introduced a new sensor that gathers more complete information."

In the near future, Hill is going to rollout a failover PRTG Cluster.

"This is a great new feature in 8.1," he said. "Currently, whenever the server running PRTG is rebooted, there's a short window where data is not gathered. With an additional installation of PRTG running on another server, the data gathering will not be interrupted. With the new licensing model, I can run up to 5 instances as a cluster."