...and suddenly, delays are a thing of the past

Five PRTG sensors for testing and measuring quality of service:

The QoS (Quality of Service) One Way Sensor measures the quality of service of the data line between two devices. For it to work, you'll need to install a remote probe on or near the second device.

The QoS (Quality of Service) Round Trip Sensor measures quality of service across an entire path, i.e. the round trip of a data packet. The round-trip time is displayed in milliseconds. You can use the PRTG QoS Reflector with this sensor as an alternative to a remote probe.

Many Cisco devices determine QoS values by themselves. With the Cisco IP SLA Sensor, you can read these values and incorporate them into your monitoring. This sensor is included at no extra charge! More on Cisco IP SLA monitoring.

The SNMP Cisco CBQoS Sensor displays additional data per category, both before and after the creation of QoS guidelines. To do so, it uses Cisco’s Class-Based Quality of Service. With this sensor, data is queried via SNMP. More on SNMP monitoring.

The Ping Jitter Sensor calculates jitter for a set of ping signals. You can use ping monitoring to monitor the availability of all your network devices.

PRTG comes with more than 250 preconfigured sensors. It also lets you create your own custom sensors. During installation, you can choose to have the Auto Discovery feature run automatically. PRTG uses ping to gather information on your network devices and immediately set up your initial monitoring.

A sneak peek at the QoS monitor PRTG 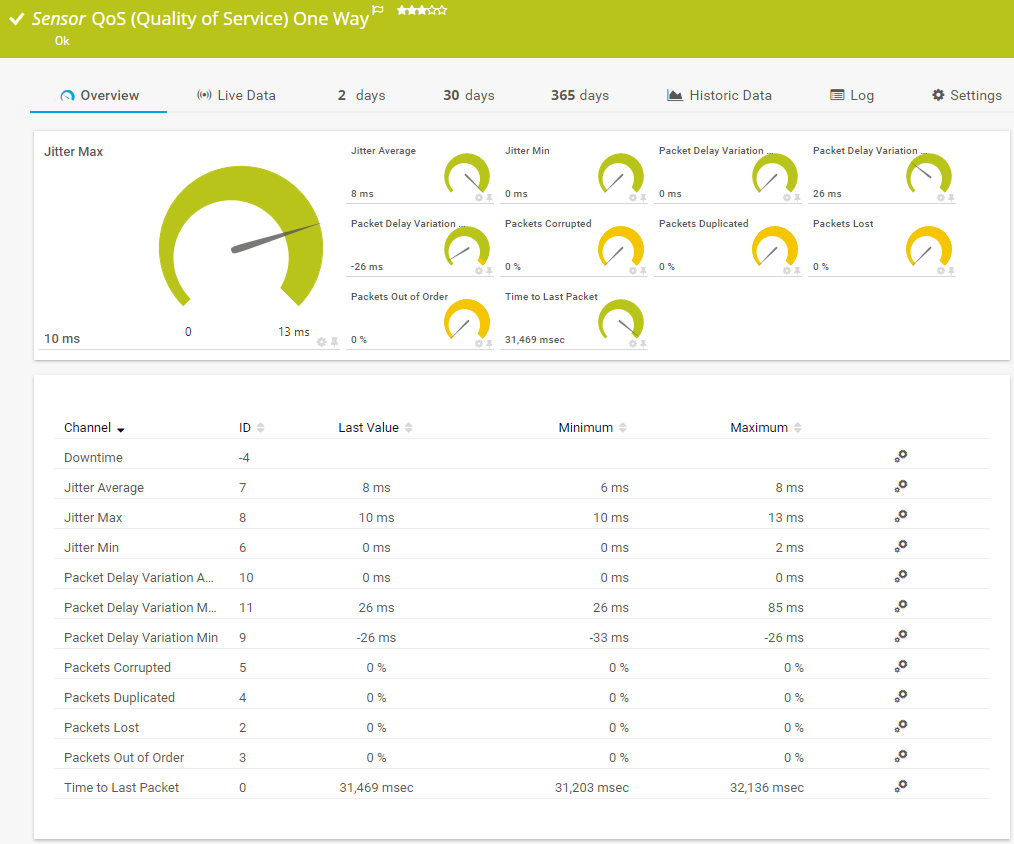 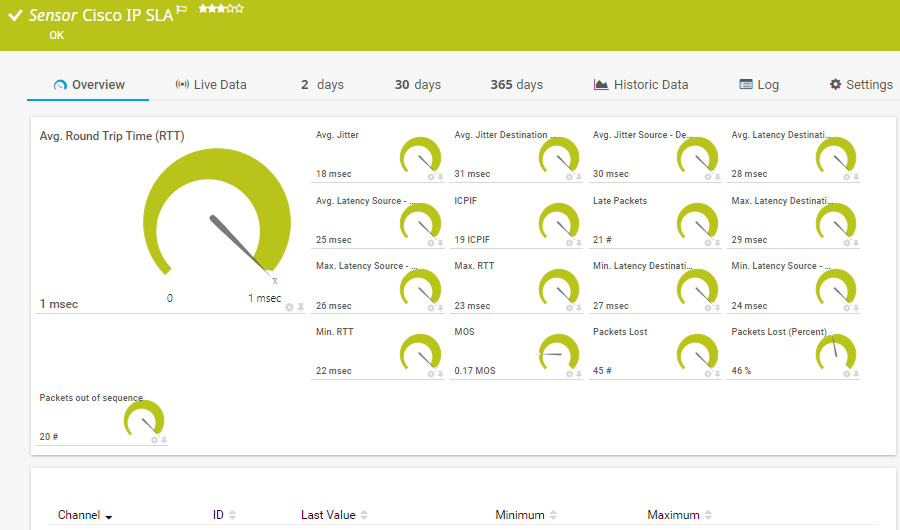 What is quality of service?

How do you measure quality of service?

How can I achieve a high quality of service?

As an administrator, it’s your job to monitor and optimize your company’s quality of service. If transmission errors occur, you must be able to quickly identify the problem. To do so, you’ll need QoS software or a QoS program that monitors quality of service and promptly notifies you in the event of disruptions.

When it comes to quality of service, packet loss plays a vital role. Packets can get lost, or arrive as duplicates or in the wrong order. PRTG captures all three of these scenarios. As a result, administrators can quickly uncover the source of the error. Packet loss may be caused by network overloads, poorly performing devices, or hardware/software errors. More on packet loss.

Latency (latency time) also plays an important role in real-time communication. Latency is the amount of time a packet needs to be sent to its recipient and then back to its sender again. Even the smallest delay can have an immediate effect on the quality of the transmission. More on latency monitoring.

Jitter is the deviation in the transmission time of a data packet. If jitter buffers are used by the receiver, then certain amounts of jitter are still acceptable from the point of view of the user. As an administrator, you need to be quickly informed of jitter so you can step in and take action at once. More on jitter monitoring.

The mean opinion score (MOS) measures the overall quality of voice and image transmissions. It is the average of several valuation parameters. The worst MOS value is 1 (impossible to understand the person on the line despite great effort), while the highest value is 5 (no effort required to understand the voice on the other end of the line). 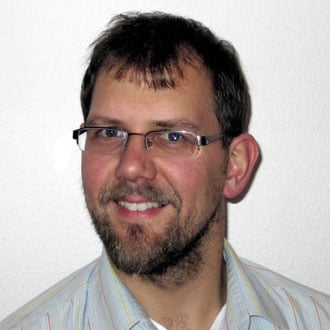 The International Telecommunication Union (ITU-T) is responsible for telecommunications standards. It provides several recommendations with regard to quality of service. For example: packet loss should be no higher than 5%, while with latency, delays of 125 milliseconds or less are still acceptable.

PAESSLER AG is considerably stricter than the ITU-T. PRTG recommends a packet loss rate of 0%, and maximum latency and jitter values of 100 and 25 milliseconds, respectively. Thanks to such stringent requirements, you can quickly become aware of disruptions – and get to work on them at once.

PRTG lets you keep an eye on your entire IT infrastructure – not just your quality of service. With PRTG, you no longer need a slew of individual monitoring programs that run concurrently and require their own separate maintenance. Instead, you can enjoy a high-performance, all-in-one monitoring tool that covers your entire IT environment.

With a license, you get access to the full range of PRTG features. In other words: all sensors and apps, the notification system, and support are included. PRTG is a reliable investment for ensuring the quality and security of your network. More than 500,000 administrators worldwide put their trust in PRTG.

PRTG lets you control your quality of service, which includes the quality of your VoIP.  Your coworkers will have one less reason to call the help desk and can therefore stay focused on their jobs. This saves both time and worry. And in the event of disruptions, you’ll be alerted at once – before others notice something is up. 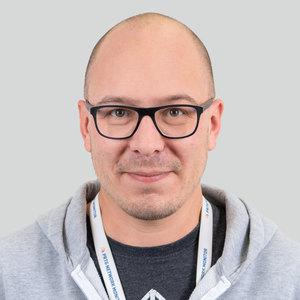 Practical tip: “Hey Konstantin, what can I do with the PRTG QoS Reflector?”

“When using our QoS (Quality of Service) Round Trip Sensor, you usually need to place a remote probe on a second Windows computer to measure the round-trip values of data packets. With the PRTG QoS Reflector, this is no longer necessary. The Reflector is a Python script that sends data packets from the endpoint back to PRTG. The QoS Reflector also runs on all Linux systems, even a small Raspberry Pi.”

We asked: would you recommend PRTG?
Over 95% of our customers say yes!

Paessler AG conducted trials in over 600 IT departments worldwide to tune its network monitoring software closer to the needs of sysadmins.
The result of the survey: over 95% of the participants would recommend PRTG – or already have.