London and Nuremberg, 11 December 2014 - Paessler AG has announced a new push notification feature for the mobile app version of its network monitoring software PRTG. Users of the iOS and Android app will now receive timely alerts to any network problems via the cloud - even on the slowest of mobile connections. This offers a much more reliable and efficient alternative to the current pull notification feature, further enhancing the usability of PRTG.

The PRTG mobile apps are designed for IT administrators who want to keep an eye on their IT infrastructure whilst on-the-go. With the latest enhancement to PRTG, administrators will now be notified of any serious issues much more quickly. The free notifications will be sent via a cloud infrastructure to inform users directly about any incident in their network. Alerts will be displayed on the status line of the user's smartphone, in the same way as an SMS.

In addition, the push notifications will be much easier and quicker to set up, and will be delivered faster than an SMS. They will also extend mobile battery life, consuming significantly less power than the previous pull notification feature.

"IT administrators in today's mobile world depend on being informed quickly about network issues - and in a way that is clear and easy to understand," explains Dirk Paessler, founder and CEO of Paessler.

"That's why we now offer push notification for our PRTG software as an alternative. A key advantage of push notifications is that they can work with even the slowest mobile connections and they are included for free in PRTG." 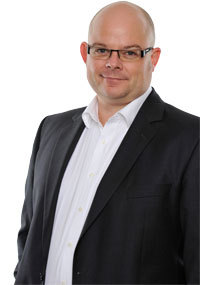 Paessler's push notification feature is currently in beta and will be continually updated and improved based on the experience and feedback from customers. As a contingency, Paessler recommends that users continue to use the current SMS and email notifications.

More information on setting up the new push notifications can be found on the Paessler knowledge base.