Secure engineering with PRTG in Finland 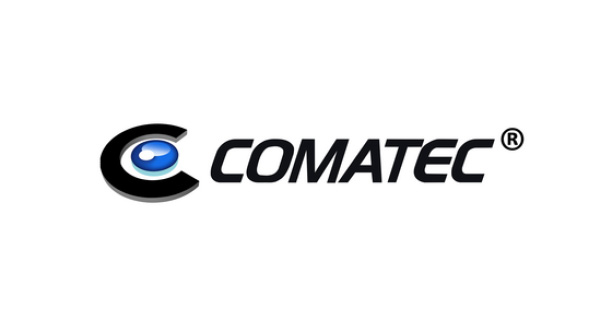 Comatec Group, a leading Finnish engineering company that is expanding on the international front, provides and develops engineering design, project management and expert services for the technology industry, in particular for machine building. Comatec is known for its success in carrying out tough assignments and for always basing its solutions on technology that is up-to-date and tried and tested.

Engineering companies such as Comatec Group deliver expertise for clients who trust they’ll receive smooth support. Comatec relies on its IT infrastructure that works seamlessly to help deliver the high-quality and high-value service it prides itself on.

Two years ago, Comatec decided to implement a network monitoring solution to keep better track of obscure problems. And, most of all, to be able to react before problems even occur. However, they were missing a tool that detailed current loads on their servers and network, as well as the historic progress of said loads.

Juha Marjanen, IT Manager at Comatec, came across Paessler’s PRTG Network Monitor through online research. Juha was quickly convinced of PRTG’s ability to visualize their network and how effortless its maintenance is. Another criterion was that the solution should run on Windows. Importantly, Comatec chose a tool that would be easily understandable, and which shows clearly the structure of the network – including the dependencies of the network devices. Also, it was supposed to pinpoint potential problems – especially for a person who is not that familiar with their network structure. Juha appreciates the possibility to react immediately when the problem occurs, as PRTG shows instantly where the problem is located, thereby saving valuable time.

Juha was pleased to notice that PRTG is very flexible and easy to adjust to the specific needs of Comatec. Using vendor MIBs with the free Paessler MIB Importer tool, Juha could easily create custom SNMP sensors to integrate some devices into PRTG which were not supported out of the box. The customized sensors enabled him to also follow some other aspects of the network, such as the temperature of the different appliances. “The historic data has been very eye-opening”, Juha points out. 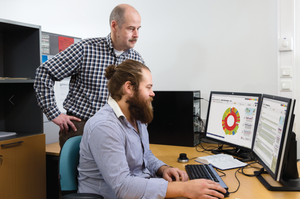 "Through the maps also a person that is not very familiar with the network structure sees the dependencies, what extremely helps the diagnosis in case of an alarm", Juha Marjanen, IT Manager at Comatec

“Thanks to PRTG I realized many dependencies between different components of my network, which enables me to spot reasons of failures and performance issues immediately. This has significantly shortened outage times and our whole IT infrastructure is up and running in no time”, Juha appreciates.

In addition, being able to pinpoint increases in the usage of disc spaces has been useful. Sometimes discs are running out of free space, but PRTG is able to narrow the problem down to an exact time and let Juha know that it has not filled up gradually, but that there was clear peak in usage. One time, a server didn’t notify the IT team about a broken disc through its own notification system, but via SNMP, PRTG was up to date. 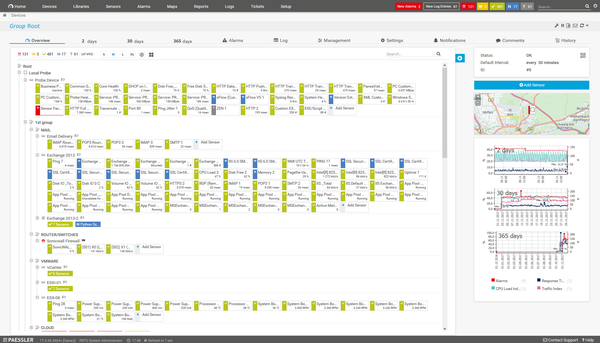 “PRTG makes my life easier as I can have everything under one tool and there is no need to set up the own alarm systems of each individual device”, Juha notes.

PRTG has greatly decreased Juha’s workload. Thanks to PRTG, everything is under one umbrella, and he doesn’t even need to set any alarm systems for individual devices. This is extremely helpful when maintenance work needs to be done or components need to be replaced. With PRTG, there is no need to change many different alarm systems, but Juha only has to pause the affected sensors in PRTG. In addition, the auto-discovery makes sure that no new component, such as a virtual server, is forgotten to be added to PRTG. Engineering companies always work under tight schedules, but PRTG ensures the smooth-running business and allows Comatec to finish projects in time.