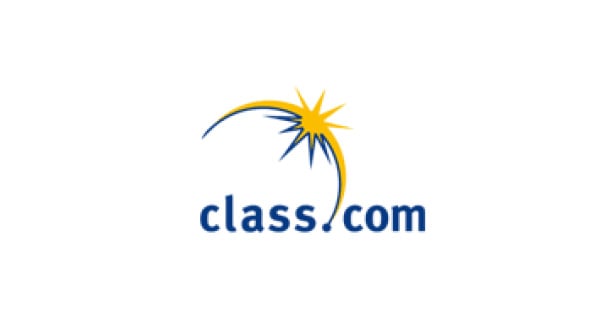 Originally designed to help reluctant learners gain access to the kind of alternative education they need for credit recovery or supplemental assistance, Class.com has become one of the country's most prominent providers of online curriculum for high schools.

Because so many students depend on Class.com to get the education they need to build a foundation for success in life, maintaining continuous and reliable access to the online curriculum is critical. To keep its network running at optimum performance and thwart critical failures before they happen, Class.com depends on Paessler AG's PRTG Network Monitor.

Class.com's Director of IT, T.J. Jones, and his support team are responsible for keeping the company's network infrastructure humming along at peak performance. Class.com utilizes a combination of physical and virtual servers. With dozens of servers housing content at an off-site hosting center, it's no small task to keep tabs on all the traffic flow.

"Our programs are used by at-risk students who need to recover credits, for those who just don't assimilate well into a traditional classroom setting, and for those who have no other way to take a specific course that may not be offered in their district," Jones said. "These kids can't miss this opportunity to get the education they need. Teachers and students access our materials from around the world, 24 hours a day, seven days a week. We cannot have outages."

With hundreds of PRTG remote sensors deployed across the network, Jones and his team can keep tabs on every critical component, including CPU usage, available memory, the number of users querying a server at a given time, available disk space, network connections, traffic flow and more. In addition, sensors deployed to monitor the Microsoft Exchange server ensure email availability at all times, while sensors deployed at the off-site hosting center let the team know how many users are logged in, how many are accessing content, which pieces of content and when. This enables Jones and his team to track peak times and configure the system to handle the load without disruption.

"Paessler's notification system triggers the sensors to alert us if a load is running heavier than usual on a particular server, allowing us the chance to reconfigure as needed to balance the load," Jones said. "This allows us to be proactive, and see a problem coming before it brings down the system."

In addition to delivering proactive notifications of network events, PRTG also helps Class.com control IT spending. With the ability to fully monitor all critical network components with a minimum of staff members, Jones estimates PRTG has helped to reduce IT staff costs by at least 25%. In addition, the company saves money by avoiding expensive server upgrades when a simple load redistribution would resolve the problem.

"We're saving way more money a year than it costs us," he said. "It's a fairly inexpensive package to begin with, and it allows us to examine historical trends that tell us when an upgrade is needed, or when we can make a few configuration changes to better utilize our existing resources."

In terms of functionality, Jones says PRTG delivers greater flexibility and more features than similar products they considered, like What'sUp. In addition to the ability to deploy sensors on-the-fly to monitor specific components even for short periods of time, PRTG's API interface enables Jones and his team to develop and integrate their own custom scripts to monitor for anything unique to their situation.

Reporting, notifications keep everyone up to speed

Robust reporting keeps the IT team-and upper management-informed of network events with customizable, easy-to-read charts and graphs that illustrate activity and offer the ability to drill down to see greater detail if needed. To keep an eye on network activity in real time, a 37" monitor located prominently in the department scrolls through screens of network data, providing at-a-glance information on CPU usage, RAM and activity load for each server.

If an event occurs after hours, team members receive instant alerts by SMS, email or telephone. Within minutes, Jones can use his Droid to log in to the PRTG control panel, pause the sensor, assess the situation and determine whether a trip to the office is really necessary, or if a solution can wait until the next business day.

"The bottom line is that customers don't care what went wrong or whose fault it was-they just want to be able to access their materials," he said. "PRTG not only helps keep our network running at optimum performance, but also helps safeguard our reputation."

In addition to the time and money saving features, Jones noted that PRTG's support team has also been a tremendous benefit. In the rare instance when they have run into an issue-which has happened most often when attempting to implement new features-the Paessler team has been very helpful, as have the online user forums.

"They've been very good to us, and they've handled our requests very well on the support site," Jones said. "We also love their forums-sometimes we find the answers there without even having to contact tech support. Overall, we're very happy with PRTG."