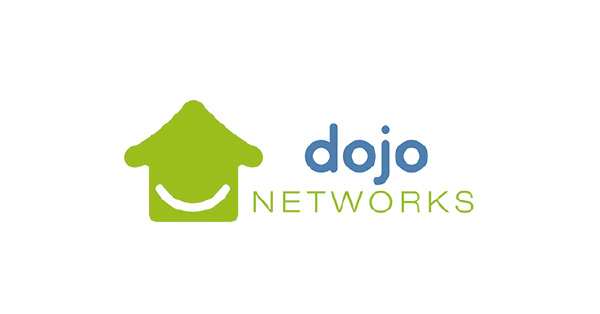 Matt English, the senior network manager of Dojo Networks, has no illusions about the expectations of the residents the company ultimately serves. “For many of the tenants that live in the communities our customers own and manage, internet access is more important than water,” says English. “In the past, if high-speed internet went down for any length of time, the phone lines would explode with requests for a service tech even if the problem was as simple as someone accidentally unplugging their own Wi-Fi router.”

The company’s president and founder Dan Myers gave the company’s employees a singular mandate: Dojo Networks is 99.9% a service and support company and the technology to deliver it is just noise. Customers only care that things work and work smoothly, and when customers call, the team needs to help them get the issue solved as quickly and efficiently as possible. Furthermore if employees know as soon as calls come in that the issue isn’t equipment or bandwidth-related it makes it much easier to get at the root cause of the issue.

“If you’re familiar with the modern college student, you can imagine the state of affairs that rapidly results if internet access is lost for even a brief period of time,” says English. “Students today rely on uninterrupted connectivity for everything from coursework to staying in touch with their friends and watching movies. The kid who sleeps till noon and forgets to take the garbage out for a month will immediately notice a slowdown in streaming speeds.”

"If you’re familiar with the modern college student, you can imagine the state of affairs that rapidly results if internet access is lost for even a brief period of time."

Dojo Networks’ business is thriving, with more than 20,000 residents now relying on the broadband services it provides through its network to communities in Pennsylvania and Virginia, with plans for expansion into additional states. English and Michael Caldwell, Dojo Networks’ chief technology officer, credit much of the company’s success to a relentless focus on customer service.

“Our customers are primarily landlords and property managers,” notes English. “Our view all along has been that we best serve them when we provide ironclad broadband solutions that set the standard for reliability, and couple that with an equally robust approach to customer service for their tenants.”

“If you’re a landlord and you include high-speed internet as an amenity, you’re doing that to provide an extra level of convenience for your residents,” adds Caldwell. “But that certainly doesn’t mean you want those same residents to call you every time they experience a connectivity problem. You want a partner like Dojo Networks that can take care of all of your broadband needs and make sure you have one less thing to worry about.”

The team at Dojo Networks knew it had the solid network in place needed to provide exceptionally reliable service to residents, but as with all networks, issues sometimes arose. More often than not, these stemmed from unforeseen events like power outages and downed lines – and in the case of college students more than a few Wi-Fi routers damaged by errant, spilled beverages. Even so, hardware failures or software glitches while exceedingly rare, at times occurred as they do in all networks.

Caldwell and English already had a way to monitor the dependability of the network that included a TR-069 system and numerous vendor-specific offerings to keep tabs on the components of Dojo Networks’ IT infrastructure and customer interactions, including a dedicated customer relationship management (CRM) system and applications for subscriber management, a help desk, authentication and authorization, and others – all of which were routed from IT to the company’s outside call center. The team also used Paessler’s PRTG Network Monitor to oversee its system, and in that way maintain a clear, real-time view of the hardware and software within them, as well as the devices involved.

But they wanted more, and surmised that they could harness the flexibility of PRTG, its easy integration with disparate systems and the ability it gave them to monitor myriad aspects of the network all the way down to the port level to create an even more focused and effective system. In combination with other data – including details from the company’s billing system – they set out to create a single interface to consolidate all of the data required to monitor Dojo Networks’ entire IT infrastructure and completely address even the most involved customer service calls in one place, on one screen. In that way, IT and the call center would see what was happening at the resident’s location, confirm if there was a problem and determine a fix – all with the goal of rapidly responding to residents’ questions while cutting down customer service call times.

“We envisioned a portal that would combine all of the data needed to support a customer, and put it at the customer service representative’s finger tips. This would enable them to shorten the call, document the nature of the problem and help dictate the support needed quickly and effectively,” says English.

Dojo Networks’ president Dan Myers worked hand-in hand with Caldwell and English to create such a portal – now called ElementoTM as it monitors all elements of the business. Today, more than 22,000 PRTG sensors, including ones that monitor ethernet switches, radios and fiber network links throughout Dojo Networks’ 10 gigabit national fiber optic backbone, feed information to the portal in real-time. PRTG is also simultaneously used to monitor the performance and operations of Dojo’s datacenter and related systems.

Specifically, PRTG gives the team details at the port level, the fiber optic backbone and at the network level, so Caldwell, English and their colleagues can see anything that is, or has affected customers. The single screen also displays the tenant’s historical signal levels, uptime, bandwidth usage and other vital details.

Elemento also includes a number of self-service offerings, including information tenants can use to trouble-shoot some of their own issues, restart Wi-Fi routers, change passwords, upgrade or downgrade bandwidth plans, as well as see and monitor the status of all of their network devices, etc. By logging on to Elemento, residents can also easily see the network speeds they are getting, determine if they might want to upgrade, view their billing and even find helpful information if they just moved in.

In addition, when a problem is discovered, Elemento enables Dojo Networks to proactively inform tenants. For example, if a slowdown is seen in a particular area, or routine maintenance is called for that will require a loss of connectivity, Elemento can inform residents in that area in advance via their preferred method of communication email, text or social media DM.

Finally, Elemento also makes it easy for customer support to document tenants’ requests. Representatives can see where and when support tickets were submitted, what steps were explored to address them, and other details. At the close of a support ticket, the system also sends the resident a customer satisfaction survey and in the rare case that the service does not receive an exemplary rating, it automatically opens another support ticket.

In the immortal words of Forrest Gump, “It happens.” For one of Dojo Networks customers, “it” happened far too often at a popular apartment complex known for student housing in Harrisonburg, Virginia.

Plagued with a problematic sewer system, failures of the apartment complex’s sewage grinder pump had a horrific outcome – causing raw sewage to back up into the bathrooms of several ground floor units. Although a rare occurrence, the costs and damage involved was significant – calling for professional cleaning, new carpeting and often the replacement of tenants’ belongings. Ironically, apartment residents often failed to alert the property manager of the piercing sound of the grinder pump alarm that indicated a clog.

Matt English used PRTG to create a solution. Taking advantage of the inherent flexibility of PRTG and its ability to monitor anything with internet connectivity, he created a sensor using a standard ice cube relay that alerted Dojo Networks whenever the grinder alarm went off. Dojo Networks then immediately alerted the property manager, who addressed the situation before a bad problem got worse.

Ultimately, the client replaced the pumping station with a new facility that addressed the underlying cause for clogs, but in the interim sewage never again backed up into an apartment thanks to English’s aptly named “SH!T Alarm.”

“In the six months since we unveiled Elemento, we effectively cut support call times by 90% and our customer satisfaction response ratings from customers are over 90% as well.” says English. “We now have a single interface for our internal teams and our customer service operators to use to quickly determine the root cause of any problems, and how we can address them quickly and with as little disruption to the resident as possible. That gives the landlords and property managers who rely on us exceptional peace of mind, and that’s a priceless benefit for Dojo Networks. We expose and share all of the KPI’s with our property managers including open tickets, resolved tickets, the average time required to resolve tickets, the uptime of all on-premise network elements and bandwidth utilization. Elemento also extends that same peace of mind and satisfaction to residents at the communities that use our services. It’s truly a win-win for all involved.”

Elemento also directly supports and aligns with Dojo Networks’ expansion efforts and plans. Armed with far-reaching visibility and insight into the performance of their network at any given point in time, the company’s network administrators can manage the network to optimize the experience for all customers. Through Elemento, PRTG is also integrated into the company’s Slack workflows, an added benefit that enables employees in the field to be even more effective and efficient.

Dojo Networks can now offer a number of additional guarantees and offerings that directly address the needs of prospective customers, including the monitoring of their community’s broadband to prevent unauthorized access and the creation of branded “Elemento” portals that mirror customers’ promotion of their communities and which are designed for the exclusive use of their tenants and employees. Perhaps most importantly, Dojo Networks can now manage its operations with the confidence that comes with knowing what is happening across their entire IT infrastructure, from the heart of its datacenter, through the backbone of its fiber optic network, and to residents’ home networks.

“I’ve relied on PRTG for years because it enables me to see exactly what I need to monitor to ensure that critical systems are always up and running,” says English. “Whether you are overseeing a traditional wheel and spoke infrastructure or managing a distributed environment in the cloud and with virtual machines, you need to know how the network is performing. And you always want to be the first one to know if a problem arises. Network monitoring is the only way to attain and maintain that situational awareness and no solution is more flexible or easier to use than PRTG.”