WAKEFIELD, Mass. and NUREMBERG, Germany, February 14, 2017 - Paessler AG, the innovative network monitoring specialist, announced its preliminary financial results today, reporting a 15 percent increase in North American sales in 2016, making it the largest sales region in the company, accounting for 34 percent of worldwide sales. The year was marked by expansion on all fronts, including a new headquarters building in Nuremberg, 30 new hires company-wide, and key additions in the U.S. that will bolster Paessler's growing channel sales team.

Paessler's growth continues to be driven by its investment in the channel, with reseller sales growing by 19 percent in 2016. The company added 45 new partners, hired additional staff in the U.S., and launched both a new Partner Marketing Toolbox and a training platform for partners to enhance their selling and technical knowledge. These key decisions have enabled the company to continue capitalizing on demand in the SMB market for PRTG Network Monitor, Paessler's comprehensive network monitoring software that is relied on by more than 500,000 network administrators worldwide.

"After a successful year both globally and in North America, we fully expect to carry the momentum we achieved into 2017," said Andrew Cutting, director of channel sales for North America, Paessler. "To sustain this rapid growth in the new year, we anticipate adding more qualified personnel, onboarding new strategic partners in addition to working closely with existing partners, enriching our channel sales and support programs, and continuing to develop our product to ensure it remains best in class."

Paessler had many highlights over the course of 2016, including: 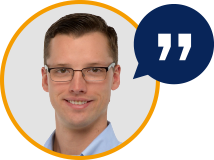 "After a successful year both globally and in North America, we fully expect to carry the momentum we achieved into 2017."