There are around 24 performances in a typical week across the National Theatre's three spaces, and the job of lighting control manager Daniel Murfin is to ensure that each of them goes according to plan. The lighting control system he oversees is underpinned by a complex network of control desks, devices and managed switches, and as Daniel puts it, "It's essential that we're able to respond quickly if equipment fails as there may be several thousand people watching a performance.  Time really is of the essence."

About the National Theatre

The National Theatre in London is a globally renowned performing arts venue and has played host to some of the world's most notable theatrical productions, from Hamlet and King Lear to The History Boys and War Horse, since its opening in 1963. Employing more than 1,000 people and with a turnover of approximately £117 million in 2014-15, the organisation takes the business of putting on theatrical performances extremely seriously.

Two years ago the lighting department decided to implement a network monitoring solution to keep track of the various operations that go into providing lighting for the all of the performances. As well as being able to support a wide range of devices, the solution allows devices to be easily grouped so that notifications about different parts of the network can be sent to the relevant people, without bothering them with notifications on areas outside their area of responsibility. Importantly, the lighting department chose a tool that would be easily understandable for non-technical users, meaning that even staff who are non-IT specialists can use it.

Daniel first came across Paessler's PRTG product through online research, and when testing the product was immediately struck by its ease of use, advanced features, and the scalability of its licensing, which he knew would allow the National Theatre to rapidly grow its network. PRTG's cost effectiveness and the fact that it is easily configurable and flexible only served to reinforce it as the most appropriate solution on the market. "PRTG offers really good functionality, and the pricing model means that we can extend as we grow the network", said Daniel. "Many of our users are non-technical and use it purely as a troubleshooting tool, such as to access geographic maps that show which devices are online so that they can quickly identify which device is at fault."

"PRTG means that I can be confident the network is up and running smoothly, so that we can concentrate on making world class theatre."

Daniel has been delighted with the benefits that the PRTG network monitor has been able to deliver. In the first instance, being able to pinpoint increases in bandwidth has been particularly useful. In one particular case, a change to the software used by theatre's lighting desks caused an unnecessary spike in network traffic, leading to some lighting control devices exceeding their 10Mbps limit and subsequently affecting network performance. PRTG was able to narrow the problem down to an exact day, and let the software manufacturer know which version the problem started in.

In addition, Daniel says that less of his day is now spent troubleshooting, because PRTG lets him know directly when there is a fault.  It also helps him to narrow down the source of the issue, thereby saving time. All in all, he estimates that 40% of the time that he previously spent troubleshooting has now been freed up, allowing him to take on a much broader role within the lighting department, which covers many areas outside of managing the network.

"With PRTG I now have the time to focus on other areas of my role - including training lighting programmers, dealing with special projects, application development, product development, and supporting lighting designers," said Daniel.

Asked whether he would recommend PRTG to colleagues or peers, Daniel is unequivocal in his endorsement. As well as praising PRTG itself, he added that Paessler's support team is excellent, and is always provided a quick response, further reinforcing his enthusiasm for the product. 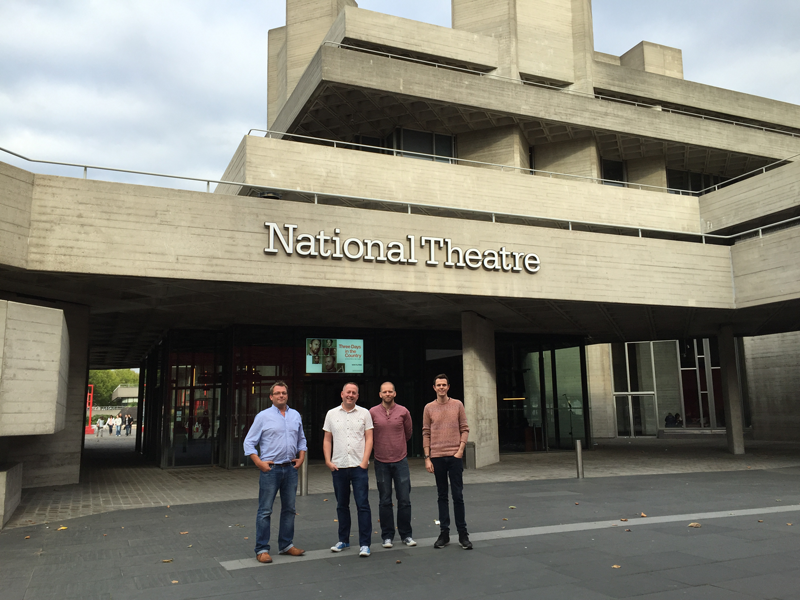 PRTG is now an essential part of The National Theatre's centralised services, and has grown from a 400 sensor installation across two of the complex's three theatres, to around 1,700 sensors across all three theatres, benefiting from the fact that only one license is required to monitor several remote locations. This represents an increase of over 300% in two years, and Daniel is looking to add to this number all the time.

Ultimately, the peace of mind that PRTG provides to behind-the-scenes operations at the National Theatre is invaluable, especially when it comes to what it does best. As Daniel says, "PRTG means that I can be confident the network is up and running smoothly, so that we can concentrate on making world class theatre."