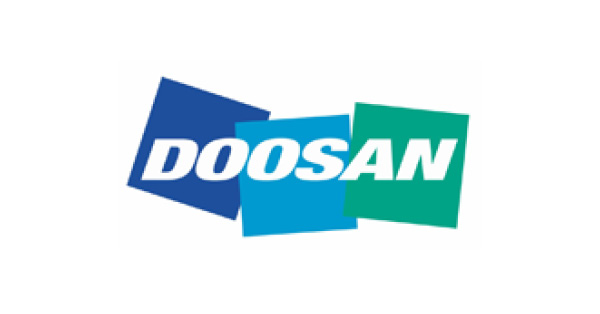 One of the largest and most diversified companies on the planet, Doosan Group is perhaps best known for its recognized brands in the construction and heavy infrastructure industries, including Bobcat and Ingersoll-Rand. But, with more than three dozen separate operating business units and more than 38,000 employees, the Doosan footprint includes work in the publishing, securities, power generation and even livestock and feed industries.

As the company's total IT service provider, Doosan Information & Communications drives the company's global growth through a broad range of optimized IT solutions to meet Doosan's worldwide demand for superior technology and innovation to satisfy its customers' expectations. In North America, Doosan I&C operates three large data centers in Bismarck, ND, Piscataway, NJ and Dallas, TX, to service its nearly 30 operational locations in the U.S. and Canada.

"As the systems managers, we have to hit five-nines (99.999% uptime), but we didn't have anything that allowed us to be proactive rather than reactive to ensure this high level of service," Knoll said. "We had Dell Open Manage to alert us if we threw a disc or had RAID card problems, but nothing that offered a pre-emptive view to help stop a failure. We didn't know there was a problem until the phone calls started coming in. And, we had no way to gauge performance metrics over time."

As he began to investigate options, Knoll looked at both Ipswitch's WhatsUp Gold and the SolarWinds suite of network management products. While both seemed to offer the solution he needed, they did so at a considerable price. "We were prepared to commit the 50 or 75 grand either of these would have cost us in order to get the network visibility we needed." Fortunately, they didn't have to.

Superior solution at a fraction of the cost

At the recommendation of Ron Leon, sales consultant at SHI, one of the largest IT solution providers in the U.S., Martin looked at Paessler's PRTG Network Monitor. PRTG not only offered a broader spectrum of monitoring tools and more user-friendly graphical interface, but it did so at a fraction of the price of the competitors' tools.

"SHI said PRTG could do it better and at a lower price point, and I was actually a little skeptical because it was so much cheaper," Knoll admitted. "We purchased an Unlimited PRTG license at about 25 percent of the other two, saving us about $30,000, which we were able to spend on a much-needed VMware upgrade."

The initial installation of PRTG was quick and easy. Knoll spent the first week getting the system set up at his home datacenter in Bismarck, ND, configuring PRTG to gather data from Windows, Linux, Solaris and VMware components. Using PRTG's auto-discovery feature, building the monitoring map was a matter of simply selecting those elements to be included in the reporting.

As he delved further into the system, customizing its layout and provisioning sensors, he was immediately impressed by the granularity of the PRTG user interface and the ability to see a graphical representation of the entire network map, as well as drill down to get detailed information and reports on each component.

As the data flowed in, Knoll shared the information with his superiors, who were also impressed with what they saw. He immediately began to roll out the system to other remote sites. Working with the local contact at each site, Knoll configured each remote probe, picked the network components required and configured customized reports and alerts to ping staff members when a problem is detected.

"PRTG makes it easy to set up personalized reports for each of the local site admins, so that each time they log in, they only see data for their site, versus the entire network landscape," Knoll said. "It's much more convenient and less confusing for them." Data gathered at each remote site is fed into the main PRTG installation in Bismarck, so Knoll has complete visibility over the entire network from his desktop.

With the system now fully deployed across the network, PRTG actively monitors all three major datacenters in North America, including each center's own unique set of file, print and application servers.

In addition to receiving notification of network problems, Doosan's IT team frequently uses PRTG's graphical data to get an accurate picture of network activity and determine the root cause of perceived bottlenecks. PRTG's visual interface allows Knoll to provide illustration of the network paths and traffic, which is especially useful for communicating with non-technical staff members who may not be well-versed in IT language or functionality.

"Many times users will complain about something being 'slow,' but they don't know what's causing it, if anything," he said. "With PRTG, I can use the graphics to show disc metrics, server metrics and other performance indicators and we can narrow it down to whether we have an actual hardware bottleneck or just user perception of a slowdown."

The Savings Continue to Add Up

For troubleshooting and problem-solving alone, Knoll estimates PRTG saves him and his staff at least a few hours each week by offering a pre-emptive alert that enables them to catch and correct issues before they become a critical outage. The ability to remotely access PRTG from anywhere with an Internet connection also helps Knoll and his team to triage network issues after hours or while they're away from the office to determine whether it's really necessary to make an emergency trip to the office at 3 a.m.

"PRTG is one of the first things I check in the morning, to make sure everything's functioning the way it should. If there's a problem brewing, PRTG lets me know and I have the ability to catch it right away," he said. "If a network circuit goes down, we receive an immediate alert and can start working to correct the problem often before our personnel even realize it and begin contacting us for help."

In one instance, PRTG helped Knoll and his team avert a major loss in sales. When an IAS went down on an XML machine that runs Doosan's dealer sales interface, PRTG immediately alerted the team to the problem. A quick restart on the IAS restored service in minutes and kept the company's valuable dealer-facing e-commerce channel open to its customers. "About $1 million a day in sales go through that machine," Knoll said. "The ability to catch it and fix it on the fly with PRTG is big news for us. Even going minutes without it would have been a significant loss of business for us."

In addition to the staff time and down-time saved, PRTG also helps Doosan save on hard costs for printer maintenance and supplies by recording page counts and monitoring print activities. The service helps Doosan to ensure availability, manage toner and paper usage and track print metrics against its maintenance contracts with service providers.

Based on the performance metrics generated through PRTG, Doosan can also use the data to properly size servers through its lease program to avoid paying too much for excess, unneeded capacity or discovering too late that they've undersized their hardware. The data from PRTG also helps them to refresh provisions on existing hardware as needed to maximize existing resources.

With PRTG now keeping a watchful eye over the Doosan data center network, Knoll says it's almost difficult to believe that the company had no network monitoring solution in place prior to PRTG.

"It helps us make the right decisions by giving us eyes on the system that we didn't have before," he said. "Now that I'm using it, I can't imagine not using it and I wonder how I would operate without it."