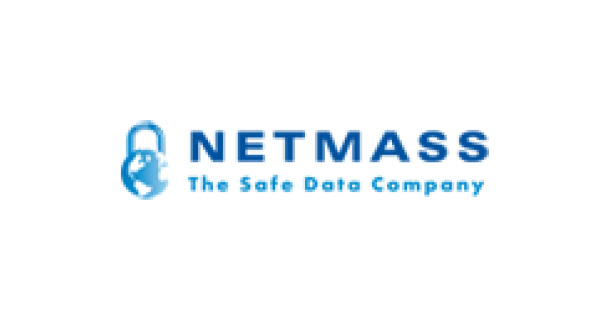 Long before there was the term cloud backup, there was NetMass. Founded in 1998 by Mark Martin and Stephen Perkins, two college friends, NetMass was one of the pioneers of the online backup services revolution. In fact, NetMass deployed one of the very first commercial cloud backup solutions, even before the term "cloud" was invented.

Today from its headquarters in Richardson, Texas, NetMass serves as the data backup and recovery partner for thousands of customers around the world, from SMBs to large corporations. Network monitoring has always been a critical QoS component for NetMass, even from the days when Internet connections were made via dialup modem and online backups were measured in megabytes. The company originally used Big Brother, a freeware product, for its server and service monitoring. Within a few years Big Brother became commercialized, prompting NetMass to seek out a solid alternative from the open source ranks.

"We have a lot of servers involved in the online backup services that are critical to our company. We have multiple data centers and we need systems that can monitor the services from both internal and external perspectives," stated Perkins, President and Chief Technical Officer of NetMass. "Our belief was that Nagios would handle the load."

Nagios, designed for the Linux operating system, worked well in some configurations for NetMass. But soon there were concerns. "The NSClient++ solution with Nagios did not do as well for monitoring remote Windows servers. It was also very complex to manage and configure the multi-site plug-ins that we needed," Perkins recalled. "Often, new services would not get properly configured in Nagios because of the extra overhead. Over time we just wanted an easier solution."

Of particular concern to the NetMass team was the ability to quickly respond to changes in the company's production environment, driven by shifting market conditions. "Things change quickly around here," noted Perkins. "Often our Nagios solution would not mirror our evolving infrastructure, or would take longer than needed to configure. We needed simplicity, versatility and speed."

Early on, NetMass had had experience with PRTG Network Monitor, licensing it for a specific purpose to monitor the bandwidth of its routers. "We went back and reviewed the most recent capabilities of PRTG and decided to expand that service and deploy remote probes at all the data centers," said Perkins.

Because of the size and diversity of its virtual and physical network assets, versatility and convenience are top priorities in a monitoring solution for NetMass. "We monitor our networks internally at multiple geographically separated locations," Perkins stated. "We also have systems that are completely outside our company network and look 'inward' to make sure services are up from an external perspective. In all, we currently monitor a local office, three remote offices and two remote collocation facilities, so our requirements are pretty varied."

In addition to the physical infrastructure PRTG oversees, NetMass uses the traffic and flow monitoring features to watch over the performance of data lines-a mission-critical element of its backup services. "We are most interested in making sure our switches stay up, so we monitor Ping and HTTP. We also graph our router bandwidth by monitoring all VLAN ports," noted Perkins.

Customizing PRTG Network Monitor, Perkins recalled, was a relatively straightforward affair. "I did load a few SNMP MIBs with the MIB Compiler. Overall it was pretty simple to deploy approximately 300 SNMP and core sensors and four probes with PRTG," he said, adding that the company uses PRTG's VMWare ESX and Virtual Center sensors for the company's virtualized environments.

Once the new monitoring system was in place, NetMass added the convenience of Paessler's iPRTG app for iPhone, iPad and iPod Touch. Updating network status every 30 seconds, the app (also available for Android devices) reports events and stats for sensors, and displays graphs of sensor results. In order to react to these events it allows users to acknowledge alarms, pause and resume sensors and also change device and sensor settings from directly within the app.

"The PRTG Enterprise Console provides a wealth of information in a fast, consistent and well-laid out manner. But the iPhone/iPad app has also been a welcome management alternative," Perkins commented. "Our staff is spread pretty thin and it helps to be able to not only receive notifications and alarms from anywhere, but also effect repairs on the spot."

With PRTG Network Monitor on the job 24/7, NetMass is able to assure its customers of state-of-the-art, continuous data protection covering all major Microsoft and Mac operating systems, major versions of Linux, as well as Exchange, SQL and Oracle databases.

"It was a simple move to extend PRTG Network Monitor throughout our system," stated Perkins. "The remote probes and ease of configuration were big parts of our purchase equation and PRTG definitely performed as promised."

Most of all, NetMass considers PRTG Network Monitor to be a wise investment considering the dynamic nature of its business. With customer needs-and therefore network capabilities and capacities-changing by the day, NetMass needed a monitoring solution that could keep pace.

"Ease of use is most definitely the best attribute of PRTG! In our business we change often and fast," said Perkins. "Now it is much simpler to get effective monitoring set up for the new systems we bring online. As we grow and change, PRTG Network Monitor is right there with us."