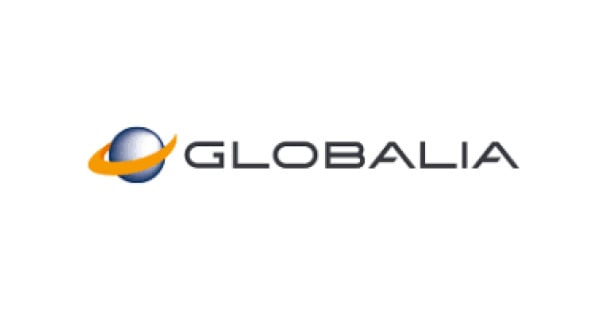 Globalia is the leading tourist group in Spain, with an annual turnover of more than 3.5 billion euro and a workforce of more than 15,000 employees. It is made up of a pool of independent brands that successfully compete in their respective sectors. Among them is the airline AIR EUROPA. Its fleet is one of the most modern on the continent. It is made up of 52 latest generation aircraft with an average age of less than 4 years. It is a member of the SkyTeam alliance. The wholesale division is headed by TRAVELPLAN, leader in the Spanish market with more than half a million tourist packages sold. The retail division is made up of VIAJES HALCÓN and VIAJES ECUADOR. The division has the largest network of offices (more than 1,000) currently open in Spain and Portugal. It also has the receptive Welcome Incoming Services, and its online platform, WelcomeBeds, with more than 100,000 hotels worldwide in its portfolio.

Its hotel branch operates under the name BE LIVE HOTELS. It manages hotels located in the Balearic Islands, Canary Islands, Peninsula, Morocco, Dominican Republic and Cuba. In 2015, it surpassed 8,400 rooms. It also has handling companies, IBERHANDLING and GLOBALIA HANDLING, which carry out their commercial work under the brand GROUNDFORCE; and a bus coach company, GLOBALIA AUTOCARES.

It was a must to know the current and future consumption of IT resources for the proper operation, event management, capacity and deployment of new projects across all companies of the Globalia Group, serving 15,000 people. This required monitoring the entire network. 24/7 monitoring was also needed.

The implementation of the monitoring software was proactively performed by the group managers (16 form the ICT staff), who had already had experience with open source and other commercial tools. However, they were not easy to use.

Xisco Mateu, Head of the IT Department of Networking and Security, Globalia, says: "We decided to switch to the Paessler tool for its ease of implementation, deployment of new monitoring capabilities and its use by non-expert personnel. We made a complete assessment of different tools, taking into account their environment, forensic and capacity analysis. The result of these criteria led us to decide on PRTG."

The hardware platform on which PRTG is installed within Globalia companies is based on virtual machines, both for the PRTG Core Server and the PRTG remote probes. The group has configured 12,500 sensors to monitor its networks, servers, storage devices, virtualized environments, databases, applications, backup status and KPIs with PRTG Network Monitor, in addition to remote probes for monitoring external networks for branches and subsidiaries.

Globalia uses a wide variety of sensors to monitor all the elements mentioned above with PRTG, in addition to services, applications and backup tasks. They use Web Interface as their PRTG user interface. Corporate also adapted the software to its environment, with the development of a series of scripts for integration with Servicenow and the creation of certain custom sensors.

The Spanish company has implemented a Core Server PRTG and 5 remote probes, with which it monitors servers and applications, it is a hybrid monitoring of IT infrastructure and services located both in its Data Center and Cloud services. The entire installation of Paessler's solution took only three months.

Mateu comments: "Globalia Sistemas is a transversal company that offers IT support to all the companies in the group. The use of PRTG is also transversal and allows us to have a 360 degree view of what is happening in the infrastructure. PRTG has allowed us to simplify operations within the IT infrastructure and improve response times in order to ensure we meet the SLAs agreed upon with our customers.

The company opted for the PRTG 2500 solution and upgraded in December 2017 to a PRTG XL1, confirming its confidence in Paessler.

"We decided to switch to the Paessler tool for its ease of implementation, deployment of new monitoring capabilities and its use by non-expert personnel. We made a complete assessment of different tools, taking into account their environment, and forensic and capacity analysis. The result of these criteria led us to decide on PRTG."

"The use of PRTG has helped Globalia solve problems and reduced the operational costs associated with monitoring and managing events in the IT environment. In addition, it has allowed us to make adjusted growth estimates based on capacity management and consumer trends," says Mateu.

Paessler's solution has given the group the ability to optimize contracted resources based on demand and seasonality in order to reduce OPEX in the environment. In this way, Mateu states: "It allows us to have real-time control of the state of our platform, plan future growth and perform forensic analysis."

The manager considers that the most important feature or function of PRTG Network Monitor is its ease of deployment and use, as well as the number of predefined sensors. Even so, when the group needed the personalized assistance of Paessler engineers, it gets a better satisfactory response than other IT providers. Currently, Globalia is working on the automatic creation of sensors based on its ITSM.

Mateu concluded: The use of PRTG allows monitoring of the data center, networking, servers, operating systems, databases, middleware and a business' KPIs. Thanks to its simplified interface, PRTG has reduced the implementation times of monitoring and response times when problems occur.