“There's got to be an easier way!”

It started out as the search for an easier and more efficient network monitoring solution.
Today, Paessler AG (Nuremberg) is a "hidden champion" in the field of IT infrastructure monitoring for any sized network.

Venturing into new territories and looking ahead – with the awareness of 20 years of company history.

2017 was a special year for Paessler. The company celebrated its 20th birthday and reinforced its position as a global leader in the field of network monitoring. This milestone was a testament to its founder, Dirk Paessler, who, with his visionary thinking and drive for technology, played a pivotal role in the success of the company.

January 2018 saw Dirk step down as CEO to make way for a new CEO, Christian Twardawa, who had led the company alongside Dirk as COO for almost 15 years. And although Dirk’s daily presence was missed, he remained connected to the company as Chairman of the Supervisory Board.

Another change in 2018 was the appointment of Steven Feurer as the new CTO. Steven has a strong startup and innovation history. The new management team began a period of growth and investment in new market segments, as Paessler entered the healthcare monitoring industry and strongly positioned itself to provide innovative solutions in the IoT space. Paessler also launched a successful alliance partner program, which promotes cooperation with industry-leading IT vendors on complementary and integrated solutions that create additional benefits for our customers.

In 2019, PRTG was recognized as customers’ choice for the Gartner peer insights for IT Infrastructure Monitoring Tools and for Network Performance Monitoring and Diagnostics. Paessler realized that PRTG is no longer just a monitoring tool for small- to medium-sized businesses, but that IT teams in the enterprise space could also benefit from an easy-to-use and affordable monitoring solution. Paessler drew the obvious conclusion and introduced Paessler PRTG Enterprise Monitor (formerly known as PRTG PLUS)  – a subscription-based offering for scaling PRTG horizontally for large environments.

And, showing that we truly know how to scale, Paessler hit the 250 employees mark in early 2019!

In October 2019, Christian Twardawa, who had managed Paessler through the “Big Change” after Dirk’s withdrawal as CEO, stepped down. He agreed with Dirk that Paessler would now need someone from the outside, a proven leader with experience in guiding established IT companies to new horizons. They found this person in Helmut Binder, who previously was CEO of Materna, a global German IT service provider with more than 2,000 employees. Helmut took over the role as CEO from Christian, who left Paessler after more than 16 years. We will miss Christian and wish him all the best for his future projects. And we’re looking forward to the next step in the evolution of Paessler…

2 relocations, 130 new employees in 7 countries, and more than 300,000 customers in 5 years. Paessler is finally becoming a global player. 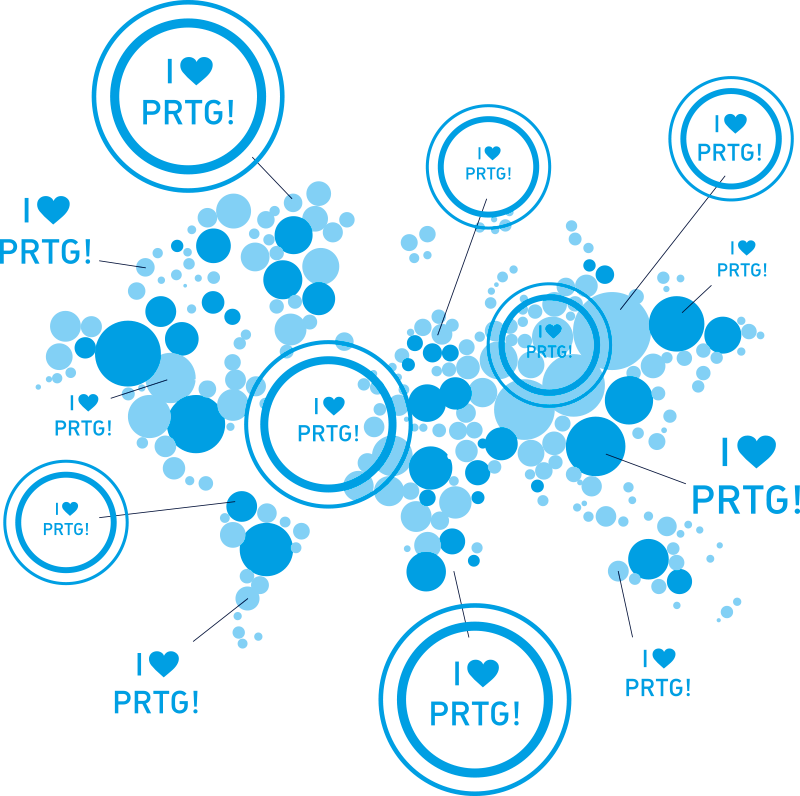 The next relocation is due in 2011: a move just a few blocks down to a generous, completely renovated industrial loft. Just like before, Paessler continues its philosophy of doing everything that serves the customer and drives the business forward – development, support, marketing, and distribution – itself, rather than passing these on to outsiders. But this also means that the company is “forced” into rapid growth due to constantly growing demand. The "Paessler Spirit" that Dirk lives for, that fulfills and drives him and spills over to employees, makes it possible to integrate new colleagues into the company almost seamlessly.

PRTG Network Monitor is becoming a global brand, and the Paessler company is becoming a real “global player,” thanks to its steadily growing presence at international conventions and trade shows. This is where the target demographic becomes clearly defined. PRTG Network Monitor offers professional IT monitoring for small and mid-sized networks. Top priorities are operability, flexibility, and fun in software. The user should enjoy working with PRTG.

In 2014, Paessler exceeds the 100-employee mark. The new office isn’t looking nearly as big anymore, and the search for a new building begins. In 2015, a suitable new office is found. A four-story office building in an industrial park in the northeast of Nuremberg, with space for up to 400 employees. In April of 2016, the number of employees moving to the new Nuremberg location is almost 170. And blazing full steam ahead...

In 2007, the office has gotten too small again. Paessler moves from Fürth to Nuremberg, within walking distance of Nuremberg Castle. Office space triples. The first US sales representatives are hired.

In 2011, there are 35 employees and the office that still feels new is already getting tight again.

Paessler grows, and the community office is getting a bit cramped. Time for the first office to call our own, located in the heart of Fürth. In October of 2003, Christian Twardawa enters Paessler. He is initially responsible for marketing, sales and finance – together with Dirk, Christian will have a decisive influence on the further development of the company. In the course of the next few years, the company increases to 10 employees, financed by steadily increasing revenue, and produces the Webserver Stress Tool, IPCheck Server Monitor, and PRTG Traffic Grapher.

Dirk doesn’t want to create a “normal” company, he wants a community of highly qualified and engaged experts all working towards one goal – creating outstanding software, and a company that’s more than just a workplace to its staff. In 2005, Dirk turns Paessler GmbH into Paessler AG, to make it easier for his employees to participate in the business.

Paessler needs a performance monitoring software - the birth of PRTG!

On August 22, 2001, Dirk founds Paessler GmbH, the predecessor of Paessler AG. The company works out of Dirk’s living room, in an office community. With Roland Grau, another developer is added to the group, and Paessler becomes three.

The company’s growing IT infrastructure is causing more and more trouble. Performance monitoring software is a must-have to find the causes behind the problems. Dirk downloads the then-popular open source tool MRTG (Multi Router Traffic Grapher).
However, the launch of MRTG falters before it can even get started. Dirk refuses to install a piece of software for which the installation guide is 7 pages long.

This becomes the “birth hour” of PRTG. Dirk programs the third piece of Paessler software, the PRTG Traffic Grapher. Even though PRTG appeals to a completely different target group today, we are still besieged with questions about MRTG and if PRTG is an MRTG spinoff. The answer is a resounding no. The source code of PRTG has nothing to do with MRTG; it only inspired the choice of name for us.

One student, one vision, one "garage" - the ingredients for a classic 90s startup.

As a student, Dirk Paessler is already developing software – part of an order from Fireball, then the number one search engine in Germany.

After his Fireball software application crashes a few times, Dirk develops his first “product,” the Webserver Stress Tool. Then a few years later, with help from Jens Rupp – today the senior software developer at Paessler – the IPCheck Server Monitor, a predecessor of PRTG Network Monitor. IPCheck subsequently becomes a successful piece of shareware, and revenue for the year reaches 100,000 €. 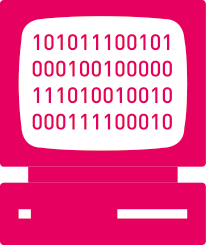 Home > Company > About Us > History