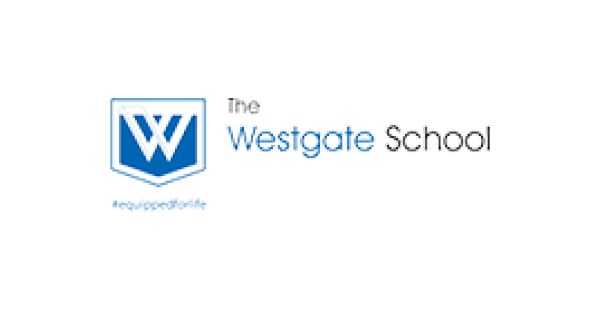 About The Westgate School

The Westgate School, opened in 1958, is a vibrant educational community, serving a relatively prosperous area to the west of Slough. On 1st September 2015 the school became the Westgate School Academy, after 3 successful years as part of The Cippenham Schools Trust. The school currently delivers high quality comprehensive education for over 1000 young people aged between 11 and 19 years.

In the last few years, schools have seen a transformation in their use of technology. Classrooms now have smart boards and banks of PCs, students work with tablets as much as pen and paper, and teachers take registers electronically and mark work on their PC. As a result, school IT networks have become bigger and more complicated. They are now a vital part of creating new ways of helping young people learn.

Over 1,000 pupils aged 11-19 attend The Westgate School, an academy in Slough, which is also home to 140 staff, each of them interacting with IT every single day. The School uses technology in a variety of ways to make a very positive impact on the experience of teachers and pupils alike.

Chris Green, IT manager of The Westgate School, is responsible for keeping the academy's IT network running seamlessly.

"PRTG has been very helpful and keeps  me constantly in the loop on the status  of the network. PRTG is priced very  reasonably, not only outright but for the  maintenance too - it is excellent value."

Fix problems before users discover them

When assessing the demands of managing the school's network, Chris soon realised that he needed a software tool that could help him fix problems before users discovered them - something that would make his life much easier. It didn't take long for Chris to decide to use the PRTG Network Monitor tool, recommended to him by reseller Krome Technologies. It fitted all his requirements: PRTG would provide proactive monitoring; it would not bombard him with alerts, and was available at a reasonable price. Chris purchased PRTG with a 2,500 sensor licence, and had it installed and working for him very swiftly.

The installation of PRTG at The Westgate School proved simple and straightforward, the monitoring tool easily picked up the devices on the network, including the automatic discovery of the virtual VMware vCenter hosts. An important part of the configuration was to ensure that the notifications were appropriately set up, without Chris and the IT team being barraged with constant notifications, as Chris explains:

"Setting up the customised alerts was a relatively simple process, it was key for me that we had the notifications fine-tuned, I only wanted to be alerted that something was wrong when it was really wrong. With PRTG you can set the level of notifications required and when they should fire, I didn't want to be bombarded constantly with issues that didn't need an immediate remedy, I now have the notifications set correctly, and I am only alerted when an incident needs my attention."

PRTG - not the typical 'school monitor'

Chris has quickly appreciated the huge difference that PRTG makes to his day-to-day work. Before he deployed PRTG, network downtime was caused by things as simple as a full hard drive. But once PRTG was installed and running it was clear just how much Chris needed a network monitoring tool. Where previously he found himself trying to solve problems that were only apparent once the network was down, or when staff or pupils told him about it, Chris now relies on PRTG to act as an early-warning system.

"We could see the benefit of having PRTG immediately, we had experienced some downtime in the past which had inevitably caused us issues, having a tool that alerts you behind the scenes before the issues become critical and without the end users being impacted is invaluable."

At Westgate, the pupils and staff use technology a great deal and its IT infrastructure includes much more than just PCs and laptops. Westgate uses PRTG to monitor the school's entire core network infrastructure. Sensors (measuring points) have also been installed to keep an eye on mail servers, firewalls, printers, wireless access points, biometric entry devices and 15 virtual machines.

The schools systems of biometric scanners are used for access control, to check books out of the library, and even for pupils to pay for their lunch. PRTG is responsible for keeping the scanners operating smoothly - not to mention the myriad of hardware and software involved in the day-to-day running of the school curriculum. 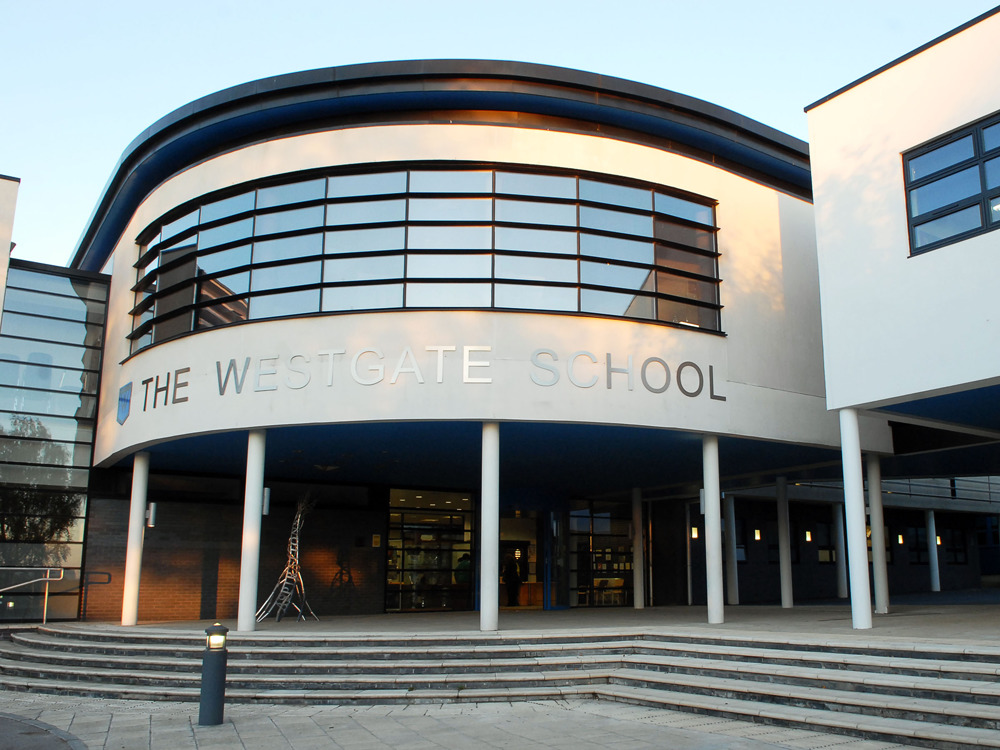 The Westgate School is located in Slough, West Berkshire

For Chris, the main benefit of using PRTG is that it makes his life as Westgate's IT manager easier. He says, "PRTG has been very helpful and keeps me constantly in the loop on the status of the network. It's hard to put a price on that. What's more, the 2,500 sensor licence I purchased to use PRTG is priced very reasonably, not only outright but for the maintenance too - it is excellent value."

One specific example of just how useful PRTG has proved to be sticks out in his mind. Over the course of a weekend, the school's SQL database upgrade began an auto-backup without warning. The sheer size of the database meant that the process would have filled up the hard drive very quickly. However, PRTG gave Chris the warning he needed to remedy the situation avoiding any downtime during school hours.  Had Chris not have been informed by PRTG, pupils and teachers would have had multiple issues come the morning and would not have been able to access the Schools Management Platform or even take the school register, which is all done electronically.

"My job at Westgate is definitely less stressful thanks to PRTG," Chris explains. "But it has also made the user experience much better. If the mail server begins to fill up, PRTG will warn me and I can quickly expand it. I don't need to rely on pupils or staff reporting problems - instead I can fix them before anyone is affected."

Chris is also responsible for the IT management of a primary school that forms part of the Trust that includes The Westgate School. Because of the comparatively small size of the IT infrastructure, Chris plans to use the PRTG 100 sensor licence - now completely free to use - at the smaller school.

By utilising the PRTG mobile app Chris has the freedom to be on other sites, such as the smaller primary school, whilst having full visibly and control of what is happening on The Westgate Network. 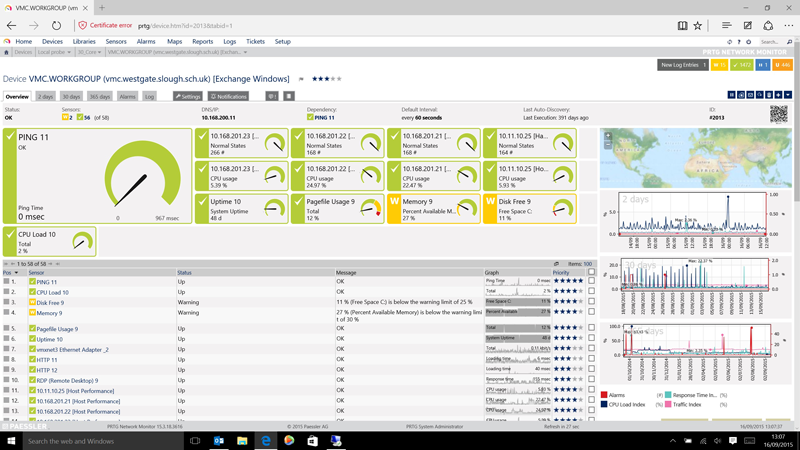