Krüger grew Paessler’s channel team by establishing a new territory approach with dedicated channel account managers, inside sales reps and pre-sales technical support to better serve the needs of the company’s channel partners. At the onset of the pandemic, Krüger and his team quickly pivoted to hosting virtual channel events, focusing on the quality of engagement between Paessler and attendees, which resulted in a high-level of engagement, stronger relationships, and increased sales. He also launched the new IoT program created by Paessler, including new sensors in PRTG to accommodate for the explosion of growth around Smart Building, Smart Factory and Smart City. This included building new alliances with the OPC Foundation for industry standardization, which has made it easier for channel partners to enter this market or expand their service offerings.

“We are proud of Sebastian for the success he has achieved building a strong channel-focused team and new programs geared to help Paessler’s channel partners expand their services portfolios and sustainably grow their businesses,” said Jürgen Thiel, head of global sales & business development, Paessler. “His vision and leadership have helped Paessler and its customers be in the forefront of emerging technologies and markets in order to better capitalize on the opportunities within them.”

The 2021 Channel Chiefs are prominent leaders who have influenced the IT channel with cutting-edge strategies, programs and partnerships. All honorees are selected by CRN’s editorial staff based on their dedication, industry prestige, and exceptional accomplishments as channel advocates.

“CRN’s 2021 Channel Chiefs list includes the industry’s biggest channel evangelists, a group of individuals who work tirelessly on behalf of their partners and drive growth through the development of strong partner programs and innovative business strategies that help bring business-critical solutions to market,” said Blaine Raddon, CEO of The Channel Company. “The Channel Company is proud to recognize these channel influencers and looks forward to following their continued success.”

CRN’s 2021 Channel Chiefs list will be featured in the February 2021 issue of CRN® Magazine and online at www.CRN.com/ChannelChiefs. 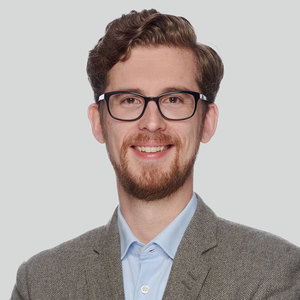