Sydney, Australia, 17 February 2015 - Paessler AG, a provider of powerful, affordable and easy-to-use network monitoring software, is celebrating strong growth in Australia and New Zealand, with a 40% increase in sales for 2014, based on preliminary results. This growth positions the region as the company's sixth largest sales market globally and accounts for 47% of the company's APAC market share. Key industries that saw significant growth include Education and Government.

The company's strong regional growth comes as a result of installations of its flagship product, PRTG Network Monitor, which have now surpassed 26,000 since Paessler's first sale in the region in 2008. PRTG is an innovative solution that provides businesses with the data and information they need to gain a holistic view of what is happening on their IT infrastructure and make critical business decisions as a result.

PRTG can be purchased directly or via the company's extensive reseller community, which comprises approximately 100 partners across Australia and New Zealand. In fact, last year alone, Paessler added an impressive 31 additional resellers to its partner ecosystem in the region. The company also provides dedicated training and sales support to each of its partners to help bolster the quality of service provided to end-users. In 2014, reseller sales growth stood at 138%, making ANZ the fastest growing reseller market for the company across the world last year.

With the rising demand for network monitoring and testing solutions, Paessler has also increased its head count in the region across sales and marketing, including the appointment of Aaron Ross, Presales System Engineer, who is the company's ANZ technical expert and driver of customer acquisitions. Ross brings with him a wealth of knowledge and experience in networking and previously held roles with Cascade Australia, Leica Geosystems, Caterpillar and Macmahon.

"With the explosive volume of data now traversing our networks, there is increased pressure on IT teams to always be aware of what is happening in order to mitigate problems before they escalate," said Andrew Timms, Senior Sales Manager, APAC, at Paessler AG. "Our aim is to enable businesses to achieve more with one simple tool. We are seeing an increasing number of organisations in Australia and New Zealand realising the potential of network monitoring, not only to have a better understanding of what is happening on their networks, but to help them make more informed business decisions," Timms commented. 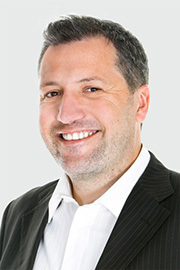 Continuing its investment in the region this year, Paessler will be exhibiting at Cisco Live in Melbourne, 17-20 March, demonstrating its new push notification feature for the Android and iOS app version of PRTG Network Monitor. This new feature increases the speed at which users can respond to and address IT infrastructure issues before they can cause disruption or downtime.

Paessler will also be unveiling a new "responsive design" for PRTG's web interface for greater usability, as well as a new device analysis feature which provides a more detailed picture of the IT infrastructure being monitored to improve accuracy. Paessler will be at booth #6.