WAKEFIELD, Mass. And NUREMBERG, Germany, May 16, 2018 – Paessler AG, the innovative network monitoring specialist, today announced the appointment of Steven Feurer as chief technology officer (CTO). Feurer, a member of Paessler’s advisory board since 2015 and a seasoned full-stack developer with two decades of experience, will oversee the company’s product development strategy and its growing team of developers.

“Paessler’s PRTG Network Monitor is the world’s most popular network monitoring solution and an indispensable tool for more than 200,000 system administrators because of our unrelenting commitment to always deliver a product that is exceptionally intuitive and robust,” said Christian Twardawa, CEO of Paessler.

In his new role, Feurer will lead Paessler’s growing development team, oversee enhancements to PRTG and the creation of new features, functionality and offerings, and manage the company’s testing organization. Despite holding US citizenship he will work out of the company’s headquarters.

PRTG empowers system administrators to monitor their entire IT infrastructure, including the networks, systems, hardware, applications and devices that comprise it - all in real time. Highly customizable dashboards make it easy to see in an instance what matters most, from the overall health and performance of the network to innumerable, granular details, including the capacity of individual servers - even the RPMs of the fans within them.

With on premises and cloud deployments, Paessler offers more than 200 pre-configured, purpose-built sensors for PRTG and works equally well with custom sensors - making it easy to monitor virtually anything connected to the network, including devices that comprise the internet of things (IoT). Whenever a pre-selected performance threshold is met, PRTG sends an alert in the format the user prefers - ensuring that system administrators are always the first to know if a problem arises.

“I’ve enjoyed watching Paessler grow since meeting Dirk Paessler, its founder, more than 20 years ago,” said Feurer. “The phenomenal loyalty and passion customers have for PRTG is a direct reflection of the company’s commitment to always do what it takes to make system administrators’ lives easier. As CTO, I look forward to maintaining that steadfast focus by providing customers with even greater peace of mind as transformative computing advancements add complexity to networks and make it more important than ever for enterprises to maintain visibility over their IT infrastructure.”

Feurer brings extensive full-stack development and leadership experience to his new role. He co-founded anwalt.de (the leading legal tech company in Germany) and three additional firms. Most recently, he served as business advisor of Mueller Media Group and as interim CEO and CTO of MediService GmbH as well as a product and innovation strategist for Warptec Software GmbH, where he focused on virtual and augmented reality, IoT and mobile application development.

He studied information technology and holds a degree in both Egyptology from the University of Manchester in England and Classical Studies from the Open University, also in England. An aficionado of Middle Egyptian, Akkadian, Ancient Greek and Latin, he enjoys archeology in his spare time and is a volunteer Egyptologist, archeologist and photographer for the South Asasif Conservation Project. 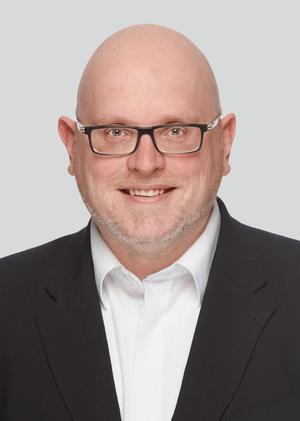