WAKEFIELD, Mass. and NUREMBERG, Germany, February 28, 2018 – Paessler AG, the innovative network monitoring specialist, today reflected on the company’s growth in 2017 and demand for PRTG Network Monitor, the company’s all-in-one network monitoring solution. With PRTG, system administrators are the first to know when a problem arises anywhere across their IT infrastructure, including the networks, systems, hardware, applications and devices that tie into it.

Notably, Twardawa, Paessler’s chief operating officer for many years and one of the company’s first employees, was named CEO in January of 2018. Dirk Paessler, former CEO and founder of the company, formally stepped down from the executive board and management to pursue new adventures.

Some of the many milestones achieved by Paessler in 2017 include: 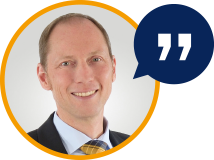 “In 2018, we plan to build upon our momentum by providing even more useful tools and features that will benefit our customers and partners,” added Twardawa. “The coming year is going to be very busy for system administrators. We’re committed to ensuring that they have the network monitoring capabilities that allow them to be as effective as possible.”

“For all of us at Paessler, 2017 was a special year marked by important milestones. We celebrated the 20th anniversary since our founding, saw the greatest channel growth in the company’s history, exceeded more than 200,000 deployments of PRTG for the first time and most importantly witnessed even greater enthusiasm from those who rely on PRTG to ensure that their critical systems always work as they should,” said Christian Twardawa, CEO of Paessler. “Our team should take great pride in the growth we achieved this past year and the gains we made in our steadfast efforts to help system administrators work smarter, faster and better.”