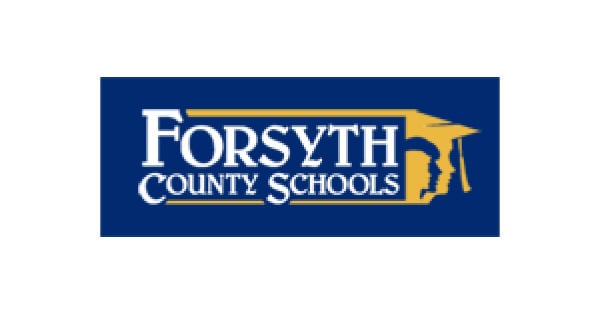 Chances are, no matter where you live, your community's rate of growth runs a poor second to Forsyth County, Georgia. Located 35 miles northwest of Atlanta, Forsyth County became the preferred suburban enclave for upper-middle-class Atlanta families during the 1990s and 2000s.

"Our previous network monitoring solution was costly. But more than that, it couldn't keep up with our needs. It wasn't extensible and we couldn't create custom sensors," Mark Klingler, Director of Technology Services at Forsyth stated. "We needed a better, more cost-effective monitoring solution."

For its new monitoring platform, the FCS IT team looked to its consulting partner, Atlanta, Georgia-based Lockstep Technology Group, for recommendations. According to James Harden, Lockstep's Managing Partner, Paessler's PRTG Network Monitor was the clear choice.

"PRTG satisfied every one of Forsyth County Schools' requirements," recalled Harden. "Forsyth needed custom sensors to monitor some of its more difficult devices and applications such as Radware's LinkProof load-balancer and Citrix XenApp, and to simplify the monitoring of complex systems. PRTG can provide that kind of tailoring."

"In addition to our hard assets, we have virtualized environments built on XenServer and VMware vSphere 5 hosts," Klingler said. "And we do some basic up/down monitoring of externally available services. Add in all the data lines, redundant Internet links, next hop routers and such, and it's a lot to stay on top of."

With Lockstep Technology Group providing consulting assistance, FCS installed their PRTG Network Monitor Unlimited license on a VMware vSphere 5 farm using HP ProLiant DL380p (Intel ES-2670) hosts. The core server virtual machine is 4x vCPU requiring 4 to 6GB of RAM; the storage subsystem is NetApp, with SAS disks. Each PRTG remote probe-there are 35 at this point, one installed at each school to monitor local servers, switches and devices-runs on a XenServer VM on HP DL380 G5 hosts with local storage.

Klingler noted that Lockstep developed a series of EXE/XML sensors to monitor some of the more difficult devices and to simplify the monitoring of complex systems. The firm also wrote scripts to simplify the management of PRTG across the large number of probes.

"Overall we currently have 9,250 sensors in the system," he stated. "Lockstep was immensely helpful in helping us configure and test the new setup."

According to Harden, Lockstep's managing partner, the installation of Paessler's PRTG Network Monitor has been an extremely positive move for Forsyth County Schools. PRTG has not only improved network status through early identification of trouble spots, but also identified weaknesses in the system.

"FCS has experienced increased responsiveness and early warning of issues, especially for its remote sites," he noted. "They've also gained visibility into some of the more esoteric limitations of our hardware devices, such as load balancer port usage limits. By making adjustments to our Internet load balancers the school systems has had much better overall performance. They've also made other adjustments, such as optimizing remote site server hosts to improve disk usage."

Klingler noted that improved SNMP and WMI monitoring are keys to PRTG's successful operation. He mentioned the extensibility of the product and ability to create detailed, easily-understood maps as plusses.

"Most of our people use PRTG's Web interface, although one user prefers the Enterprise Console," he pointed out. "Either way, PRTG offers a very fast user interface."

Compared to its previous solution, FCS has found Paessler's cost structure to be a major improvement. Klingler cited the simplicity of licensing for remote probes as a clear advantage. "With PRTG Network Monitor, remote probes are included in each license without any extra costs or additional ordering involved. We've been able to provide the same monitoring information as our previous product, but at a dramatically reduced and simplified cost," he observed. "Our savings are in the neighborhood of $16,000 per year."

"We depend on PRTG."

Klingler said he would have no reservations recommending PRTG to colleagues. Considering the importance of ensuring the availability and performance of Forsyth County Schools' server and networking environment, he said, PRTG has been a wise investment.

"With 44,000 students, teachers and staff depending on our IT assets every day, optimal operation is imperative," Klingler said. "Technology is core to many of the mission critical responsibilities of public education, and our customers expect zero down-time. That's why we depend on PRTG."

Lockstep Technology Group, based in Atlanta, Georgia, is a Paessler Gold Partner. The company is focused on the design, implementation, and management of next-generation IT infrastructure solutions that increase business agility, flexibility, and productivity.

Lockstep leverages its extensive experience and knowledge in infrastructure technologies including virtualization, networking, directory services, security and application delivery to help customers create an on-demand, resilient and dynamic IT infrastructure that can meet the needs of workforces whenever, wherever, and however they work.