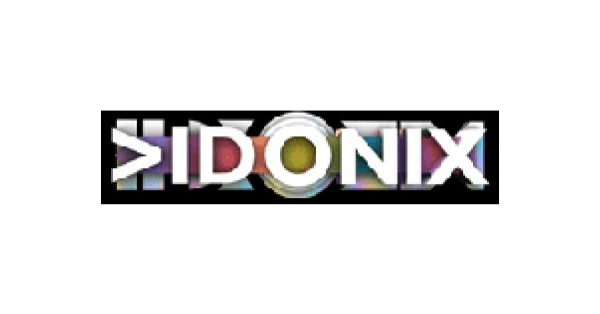 Set in the historic town of Much Wenlock, Shropshire, Idonix was established in 1999 by co-directors Pete Griffiths and Paul Harrison. Idonix has had over 10 years experience in providing live TV projects for the BBC including BBC News Election, Pre-Budget & Budget coverage graphics as well as completing successful projects for other top companies, including the Disney Corporation and Microsoft, giving it an enviable track record in the delivery of critical presentation data.

Idonix has over twelve years’ experience in driving and rendering real-time graphics for live television, presentation and the web. The company works with in-house design and editorial teams to create informative and fluid graphics for game shows, news and weather and sports broadcasting.

Idonix was contracted by the BBC to deliver a range of graphic automation systems for all of the Olympics coverage. Idonix has worked with the BBC for several years, providing live TV projects for the BBC News Election coverage, budget coverage, and for other leading companies including Disney and Microsoft.

The BBC’s coverage of the 2014 Winter Olympics in Sochi was the Corporation’s most comprehensive broadcasting of the winter games to date. It involved 1,200 hours of live and catch-up video action encompassing TV, HD streams, computer, tablet and mobile platforms.

For director Pete Griffiths and his software development team, this significant contract needed to be carefully managed and a service level agreement (SLA) with the BBC was implemented. In order to fulfil this SLA, Idonix needed a tool that could report on the supplier’s service. This, together with the company’s IT infrastructure steadily growing, made network monitoring software an absolute necessity. Idonix decided to use PRTG Network Monitor by Paessler, having read about it in PC Pro magazine.

As a supplier of broadcast critical systems used for live television, the team at Idonix must ensure that the service they provide has high availability. This is particularly important as the service is internet-facing, meaning that Pete and his team have to make sure they’re able to deliver their graphics programme via an external system. For that purpose, Pete installed a remote probe in the customer’s systems to measure availability. The probe connects to Idonix’s core server, monitors autonomously and produces metrics that can help identify issues and ways to improve service availability.

Availability is not the only aspect Idonix’s customers are interested in. The other crucial part of the SLA is performance, focussing on stall and load time, for which another probe was set up. The aim for Pete was to exclude any dependencies on internet traffic in order to measure performance.

Metrics and Key Performance Indicators (KPIs) are a core element of any SLA. Ineffective or absent KPIs can cause a service to fall into disrepute and a blame culture can develop. KPIs for a service must accurately reflect the expectations and perceptions both of the customer and service provider. It was therefore extremely important that Idonix was able to provide metrics to manage the provision of the service that could inform customers of a system’s performance relative to the KPIs. Should the company fail to deliver on its SLA, it would face a fine from the customer.

For Idonix, the most useful aspect of PRTG has been the custom sensors measuring points. “Without that ability we would have struggled,” Pete remarked. It was the custom sensors that allowed Idonix to monitor the availability of the customer’s graphics rendering system. To compile the service reporting, Pete wasn’t able to use stock reports. However, using PRTG’s REST API, he has been able to create a custom reporting tool, which collates the data he needs in order to report to the client on the SLA and the service Idonix has provided.

“The client has been pleasantly surprised by the reports we’ve provided,” said Pete, “and they’re happy we’re now able to deliver this information.”

PRTG proved critical for the success of Idonix. It has enabled the company to maintain a long-standing client relationship and impress the customer by continuing to deliver successful projects despite changing demands.

Also, prior to installing PRTG, Pete didn't have any form of network monitoring. For keeping tabs on the Idonix's IT infrastructure, PRTG has proved a real bonus for the company. In that way, PRTG not only ensured Idonix delivered on an SLA for a major customer, but it now acts as an extremely useful tool in its own right as a network monitor.

Idonix will be at the heart what will easily be the biggest sporting event of 2014 - the FIFA World Cup - where Pete and his team will be using PRTG to remotely monitor their systems hosted at the International Broadcast Centre in Rio De Janeiro. With PRTG monitoring Idonix's service and the company's growing IT infrastructure, Pete is confident of continuing to deliver other successful projects for the biggest names in broadcasting.