Lawyers always on the case thanks to PRTG 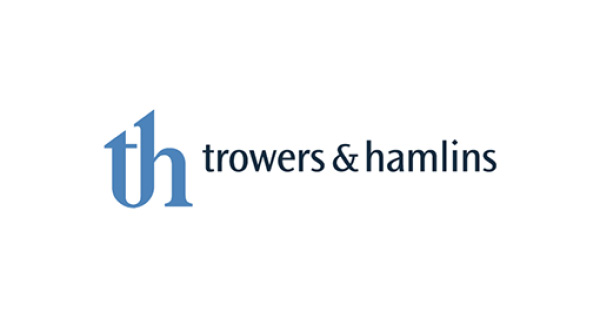 Trowers & Hamlins is a top-50 UK law firm with offices around the country and an international reach to the Middle East and Far East. The origins of the firm date back more than 230 years. With over 670 employees, Trowers & Hamlins strive every day to provide the best possible service, legal expertise and support for their customers.

Law firms such as Trowers & Hamlins deliver expertise and support for clients that are dependent on lawyers' detailed knowledge and experience. Just as its clients need Trowers & Hamlins to maintain a smooth-running business, Trowers & Hamlins relies on IT infrastructure that works seamlessly to help deliver the high-quality and high-value service it prides itself on, be it for its leading real estate practice, or when advising public and private sector clients on high profile cases.

Brian Corbett, senior infrastructure analyst at Trowers & Hamlins LLP, and his team are responsible for making this possible.

Trowers & Hamlins is an international law firm with a broad commercial, real estate, litigation and private wealth practice. The firm has nine offices worldwide, in the UK, the Middle East and Far East, employing over 700 people. As befits an organisation of its size it has a huge-scale IT infrastructure and a constant dependence on it.

Brian, together with a 20-strong team, support teams of lawyers working on complex legal matters, with all their IT needs. The lawyers need to be able to communicate with each other and their clients at any time, in any part of the world, in an office or on-the-go. They need to be able to access huge databases, an array of case folders and financial information quickly and easily.

With such great responsibility resting with him and his team, investing in reliable and easy-to-use unified monitoring software was an obvious step for Brian to take. When Brian joined Trowers & Hamlins, the company was using what he describes as an overly complex network monitoring tool that took too long to configure. Brian had used PRTG in a previous job and knew that it was simple and cost-effective, so he was quick to suggest switching to it at Trowers & Hamlins.

"PRTG is a noticeable improvement on our previous network monitoring software. It's simple to use, very flexible and  saves me and my team a lot of time."

After purchasing the software through Bytes, Brian soon had PRTG up-and-running, with 2,300 sensors (measuring points) keeping an eye on a huge range of applications and hardware across the firm's network. 900 of these sensors are used to monitor the firm's internet hardware - switches and uplinks - as well as bandwidth traffic. The tools that the lawyers rely on to work remotely are constantly monitored to ensure complete reliability. PRTG keeps tabs on the company's VMware, its Aventail and Riverbed appliances, SQL benchmarks, web services and Trowers & Hamlins' internal websites. The result is that Brian has a detailed, up-to-the-minute status check on the firm's network and is quickly alerted to any problems before they have a chance to escalate.

PRTG has brought many additional benefits for Brian. For example, by monitoring the firm's website hosting company, Brian has been able to identify shortcomings in the service provided. He was able to share the ping and http data produced by PRTG with the hosting company, prompting them to swiftly remedy the website's poor performance. PRTG also detected a possible security breach caused by the POODLE bug by warning the IT team about risky SSL3 encryptions, so they could replace them before any attacks occurred.

Brian said, "PRTG is a noticeable improvement on our previous network monitoring software. It's simple to use, very flexible and saves me and my team a lot of time. One of the most useful features is the auto-discovery tool that keeps PRTG up to date when your infrastructure is growing."

"The IT team at Trowers & Hamlins is now much more responsive to IT issues. PRTG gives a quick diagnosis when problems occur, so we're able to fix them quickly before costly down time occurs. 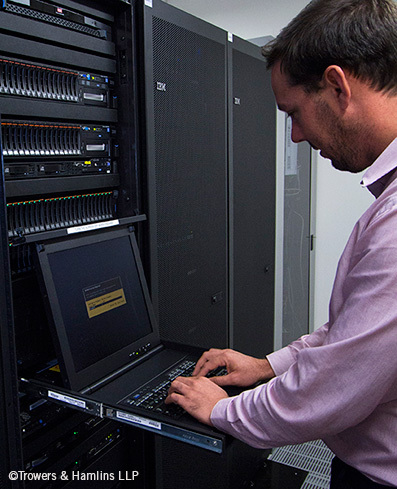 Trowers & Hamlins has a huge-scale IT infrastructure and a constant dependence on it.

Crucially, PRTG flags faults before they affect users. This means we're able to sort out issues before employees notice them. A good example is with disk space running out - PRTG is always the first to tell us, not a user. This really helps us feel in total control of the IT network.

It's definitely a cool little product, and it's backed up by a really helpful and knowledgeable support team at Paessler."

Brian has more uses for PRTG in mind for the near future. He's going to set up an intrusion detection system, an email round-trip sensor for monitoring email queues, and (if his boss agrees) he wants to install a screen in the office displaying the live PRTG map for a more visual overview of the network.

Keeping the IT of a global organisation running smoothly is no mean feat, but thanks to PRTG, Brian is able to keep the lawyers at Trowers & Hamlins efficient and productive. PRTG has carved out more time for the IT team to think more strategically about the firm's long-term IT needs, for the benefit of its many legal teams and their commercial success.