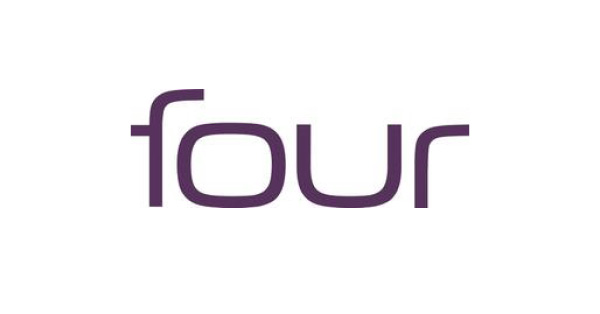 Four Communications is a leading, integrated communications agency based in London, UK. Offering services including public relations, media buying, creative and digital, the company has almost doubled in size in the past four years, becoming one of the leading agencies in the industry.

Amidst this period of significant change, Jake Fraser, IT & Operations Director at Four, required an effective IT monitoring solution to help reinforce the company’s IT infrastructure. With hundreds of clients to service, many of whom require round the clock support, significant downtime and IT failure is not something that the business can allow to happen.

Jake ultimately decided upon PRTG Network Monitor because it met all of his requirements on price, number of sensors and compatibility. As he puts it, PRTG was the ideal choice because of its “built-in range of sensors, price-performance ratio, easy installations and web interface.”

PRTG came across Jake’s consciousness via a personal recommendation, as Four Communications did not have any IT monitoring in place at the time. He and his team now employ approximately 1,000 sensors across 150 devices, supporting 350 staff across six different offices.

“We implemented PRTG as part of wider infrastructure refresh, which made us aware of the need to put in place an appropriate tool to help us monitor the network,” says Jake.

“We recognised the benefits of using an IT monitoring tool to help avoid downtime across the network wherever possible by spotting issues before they become service-affecting, and PRTG seemed like an ideal fit.”

For a mid-sized company like Four, optimising the time of the IT team is essential. The team has a broad range of short and longer-term tasks and projects to keep track of, and by employing PRTG they are able to save a huge amount of time.

Primarily, the solution is used to monitor in-house IT systems. It mostly handles the more routine IT issues, as well as spotting trends. On a day to day basis it covers all traditional enterprise technology components, including: servers, workstations, switches, routers and applications.

However, Jake has looked to further leverage the application of PRTG to provide additional benefits to Four. For instance, he uses it to monitor both the companies LAN and WAN, as well as the company website, and web portals of cloud services.

As a company with a number of different regional and international offices, with the main IT function based in London, remote monitoring capabilities are also essential. The ability to monitor distributed locations such as satellite offices and a second data centre location using remote probes allows Jake and his team to always have an accurate snapshot of the entire infrastructure.

To date, Jake has been very impressed with the positive impact that PRTG has had on Four’s network, estimating that it saves more than 40 hours per week by removing the need for manual monitoring of certain network components.

“PRTG helps us spot everything before it becomes an issue. Having it in place allows us to automate a range of processes, and helps us to hold suppliers accountable in the event of issues with hosted services”, says Jake.

Jake also mentions that he would be delighted to recommend PRTG to industry colleagues, should the opportunity arise. On top of all of the benefits above, ultimately he has been most impressed by the reliability of the solution.