Performance Testing is an integral part of network management. PRTG Network Monitor is a powerful Ethernet performance test software, which continuously monitors your network and displays the monitoring data in clearly laid out graphs and tables.

PRTG's functionality includes availability and bandwidth monitoring, making sure that all your Ethernet devices are up and running and tracking network activity.

How Does PRTG Monitor Ethernet Performance?

The PRTG network management tools are Cisco certified and can be used as a Cisco performance monitor: the software supports the NetFlow protocol which supplies comprehensive monitoring data on Cisco devices. 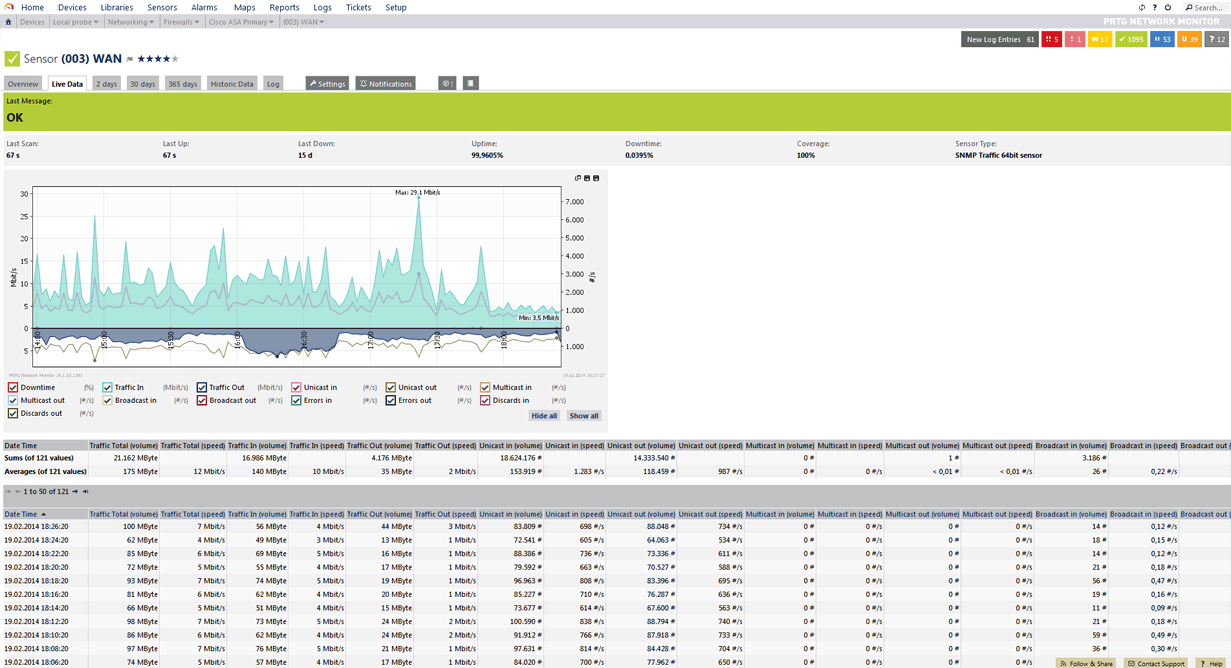 Bandwidth usage of a leased line

PRTG Network Monitoring Software is available in two editions. For basic, free performance testing, the Freeware Edition may be downloaded and used for personal and commercial use completely free of charge.

Need more sensors to monitor a larger IT infrastructure? See our commercial licenses here. A fully-featured 30 day trial version can be downloaded here.