To update your PRTG 9 installation use the "Auto-Update" feature: simply navigate to Setup | Auto Update in your installation. Or you can obtain the latest version from the PRTG download page!

A new major version has been released.

Note: If you update from version 8.x, please see the update notes in the PRTG 9 user manual.

Note: If you update from V8, please see the update notes in the PRTG 9 user manual.

With PRTG version 9, we introduce a lot of new features that will bring network monitoring to a new level. Many of the new features are a response to requests from our user community, and there are some more cool features which we are sure you will love. 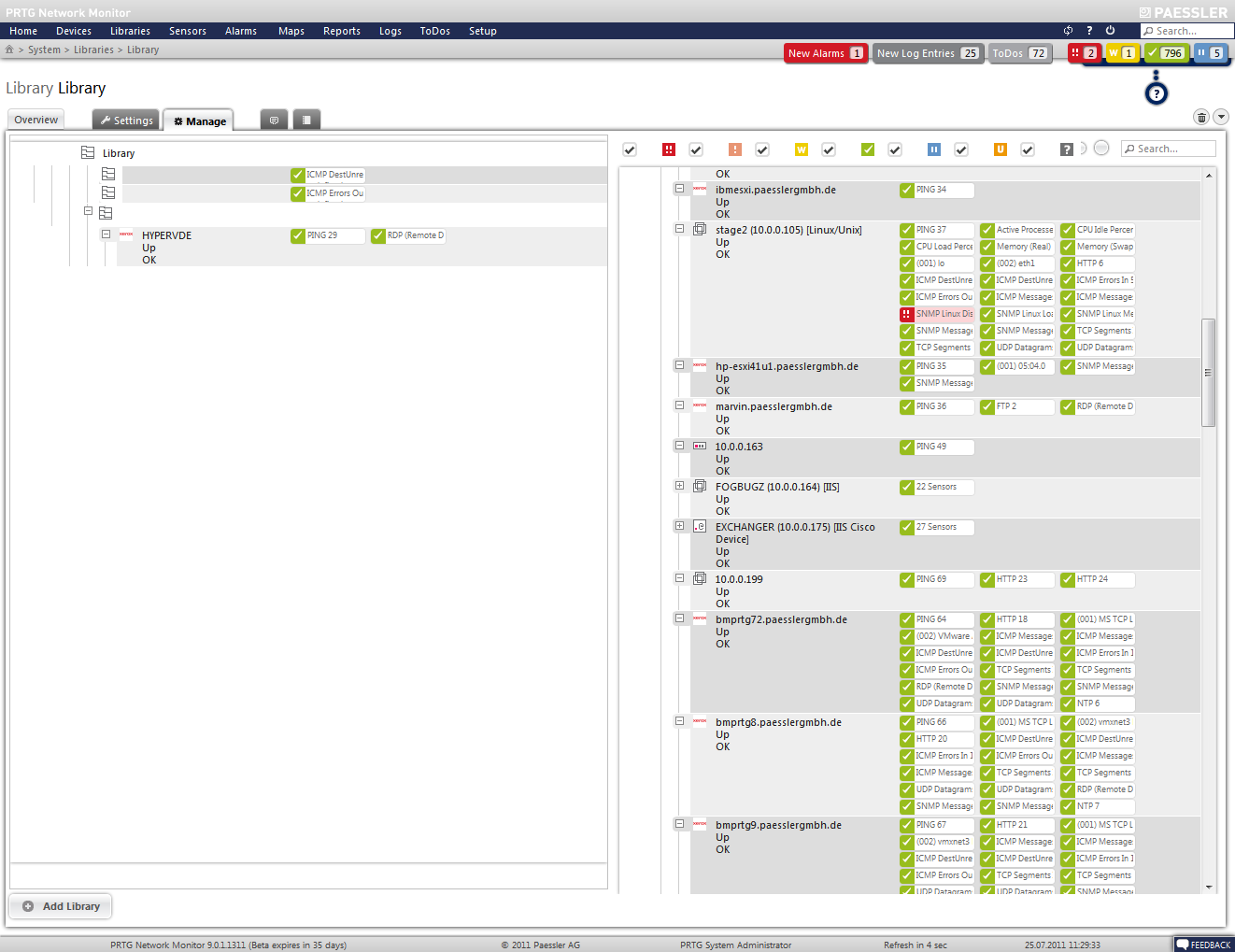 With Libraries users can build their own device tree views 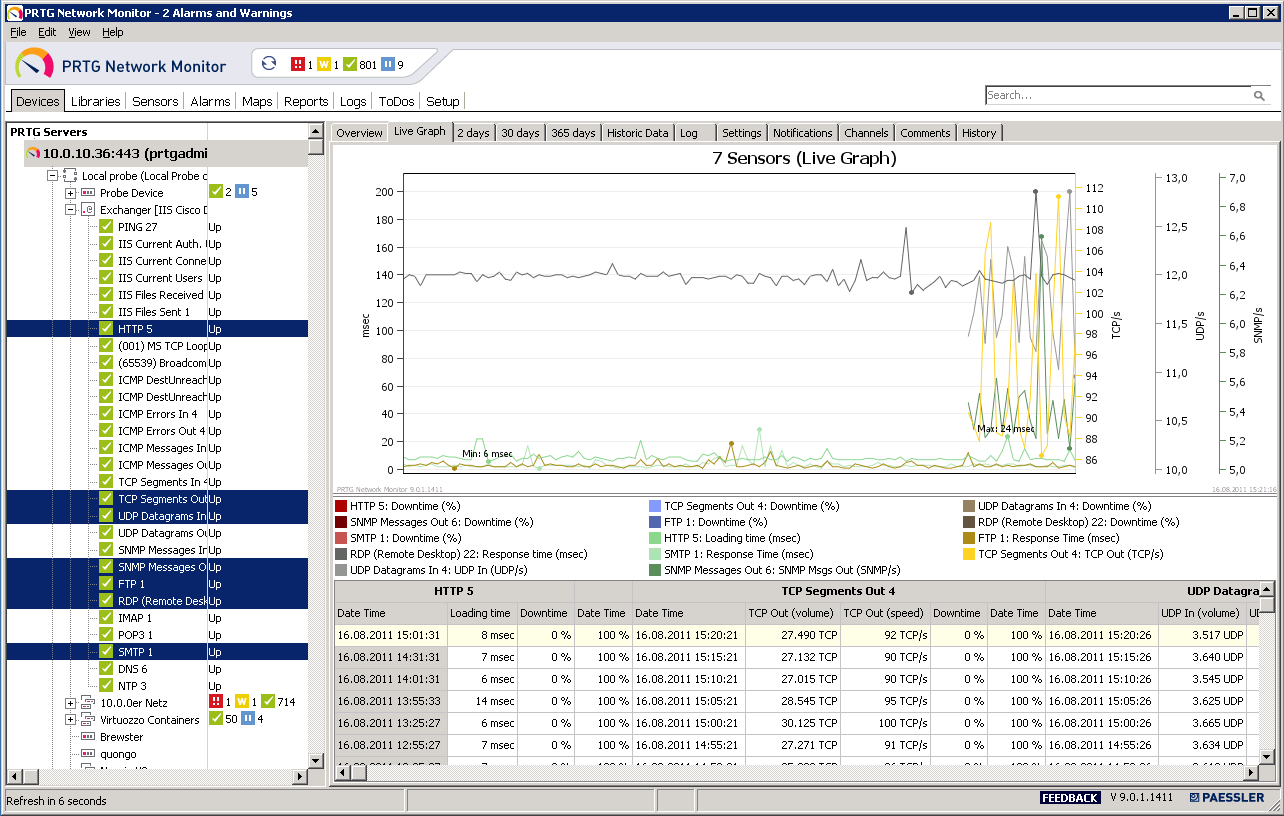 IPv6 is becoming an important part of IT management. PRTG 9 supports monitoring IPv6 based networks:

This is the new user interface used for sensor type selection when you add new sensors manually. And we have added dedicated hardware sensors for selected vendors, e.g. Cisco, Dell, HP, APC, etc. as well as several new sensor types (see below). 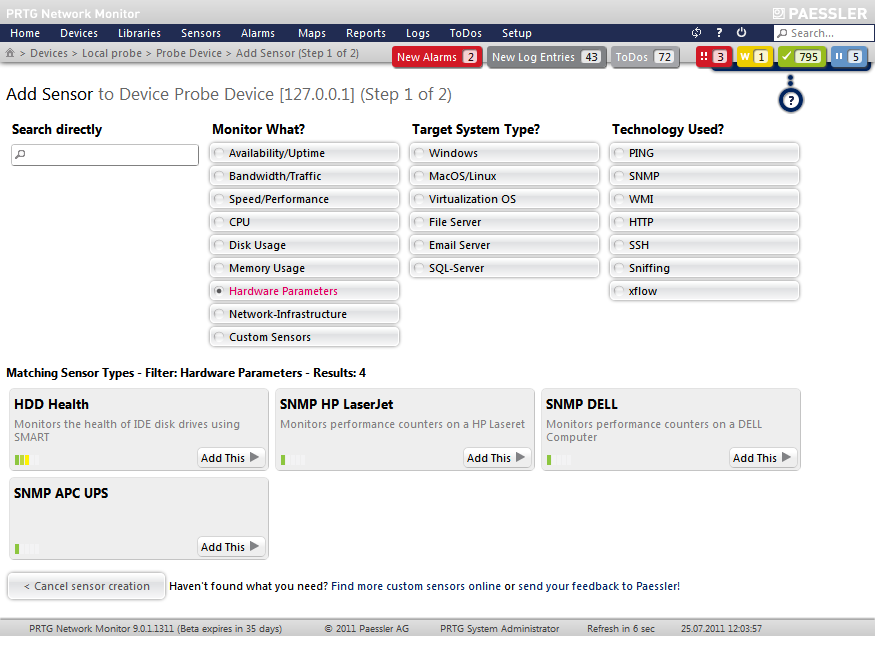 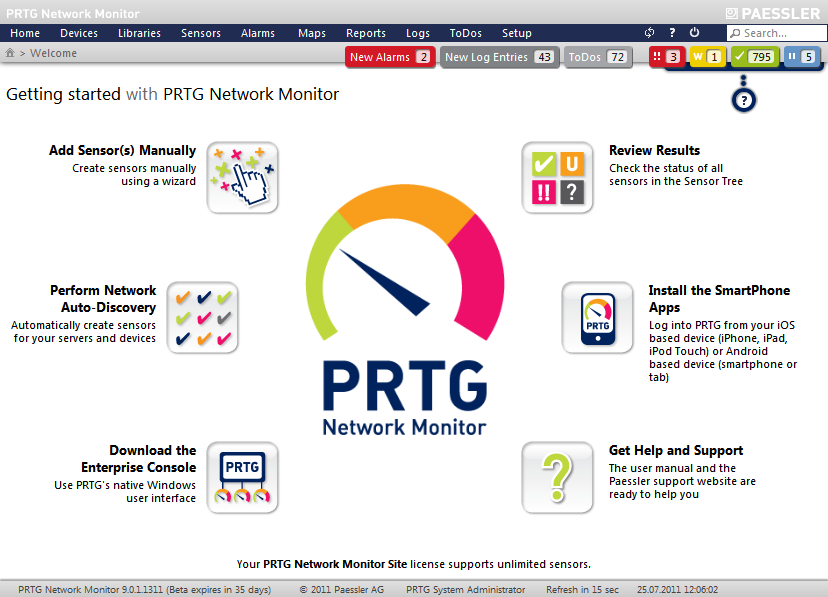 Intuitive navigation thanks to a series of new hand-crafted icons 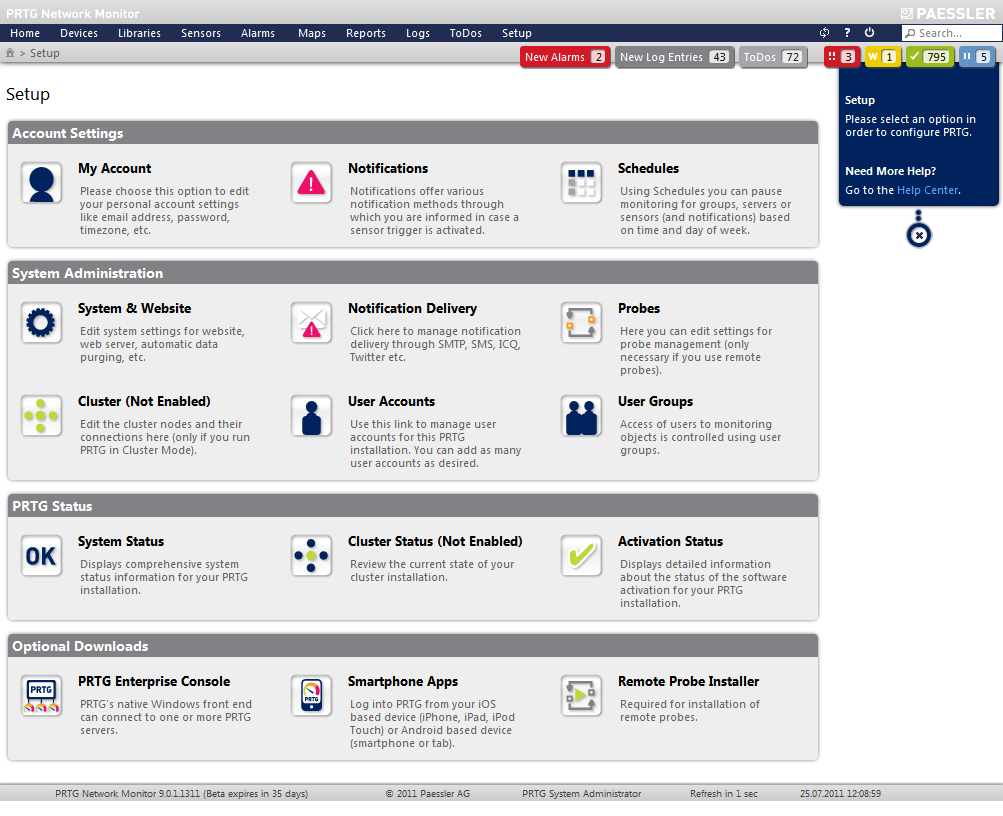 The new setup screen in PRTG 9