HOW DOES PRTG MONITOR RAM AND CPU LOAD?

Using WMI and SNMP, PRTG shows you server CPU load and memory load. The software can also monitor server CPU temperature if your computer's main board supplies the appropriate MIB files. If the CPU load exceeds a defined threshold, PRTG's notification system immediately informs you via text message, email, etc., and allows you to react quickly. In order to avoid server overloads, you should configure alarms to warn you if the CPU load rises above a certain threshold for a certain amount of time, e.g. if it is higher than 75% for more than 10 minutes.

Monitoring CPU load is important for all kinds of servers, as high CPU loads can considerably slow down response times. Staying on top of CPU usage helps you to make your website faster and therefore more attractive for visitors. For file and application servers, it is important to monitor server CPU in order to ensure your company's productivity. Putting too much load on your servers does not only slow down your system, but can also increase the risk of server failures. It is therefore vital to constantly monitor load in order to ensure network availability.

PRTG Network Monitor is Paessler's powerful for monitoring load. The network traffic analyzer monitors CPU, RAM and Processor load, and gives you a complete overview of your network. 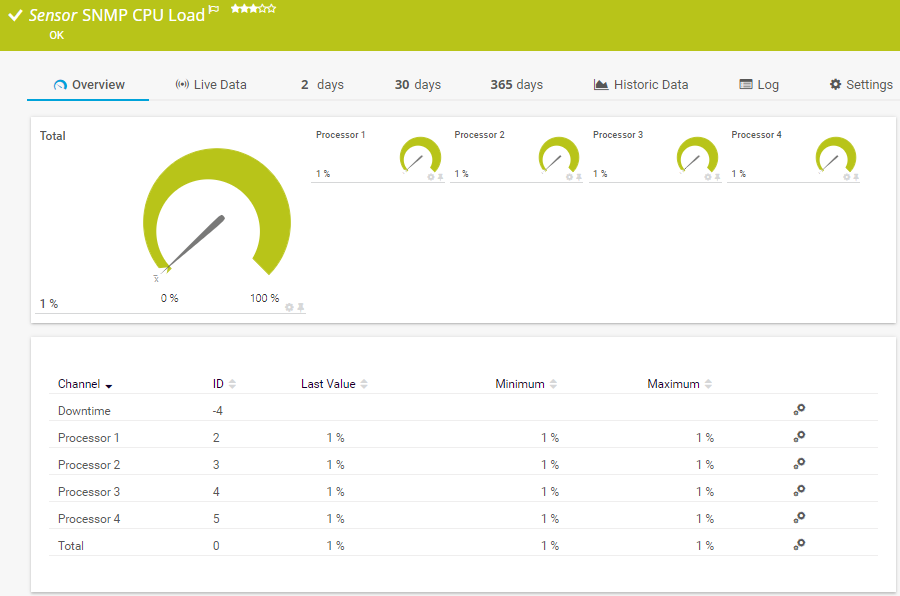 Paessler's CPU load monitor PRTG is available in two editions. As a basic network sniffer and as memory monitor, the freeware may be downloaded and used for personal and commercial use completely free of charge. Need more sensors to monitor a larger IT infrastructure? See our commercial licenses here. Get your free trial - 30 days with no limitatons.