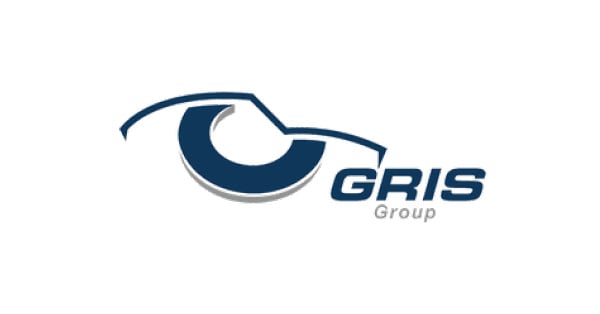 Created in 1984 by Francis Gris, the family-run company Gris Découpage acquired the German company Gris Umformtechnik GmbH in 2012 with which it now forms the renamed Gris Group. Specializing in the manufacture of mechanical components, technical washers and die-cut technical parts, the group employs 230 people at its two production sites. The Gris Group works mainly for the automotive sector (manufacturers and equipment manufacturers) but also with agricultural machinery, railways and in the construction sector.

To support the overhaul of its network infrastructure and the modernization of its information system, the industrial company Gris Groupe has chosen to rely on Paessler's PRTG Network Monitor solution. It now has a complete and continuous overview of the state of its servers, enabling it to optimize their operation and anticipate problems. Sébastien Chauchard, System and Network Administrator, explains his choice and assesses his use of PRTG.

Gris group's requirements: supervise all its new infrastructure to have a comprehensive overview at all times

In operation for more than 30 years, Gris Group decided to overhaul its old IT infrastructure at the beginning of 2015, motivated by the need to resize it and modernize its operations. The process was initiated with a change of ERP system for business management and a new Windows environment, which will quickly require doubling the size of the server room on the French site (Gris Découpage) and connecting it with the remote site in Germany (Gris Umformtechnik).

"Previously, our IT management was localized on a single machine, so it was time to move things up a notch. But with the overhaul of our IT infrastructure, the increasing number of devices active on the network and the heterogeneity of the IS made visibility into the real state of services and servers complex," recalls Sébastien Chauchard, System and Network Administrator of the Gris Group.

"It had also become essential to improve our understanding of the IS and the performance of our servers, to scale them correctly and thus avoid slowdowns experienced by our employees who need to receive machine statistics in real time," he continues.

The choice of PRTG Network Monitor: native integration of windows environments and ease of configuration

To solve these problems, the Gris Group decided to use an IT & Network supervision solution. The company's IT service provider recommended the installation of Paessler's PRTG Network Monitor, as Sébastien Chauchard had already tested the evaluation version of the solution in the past, which he considered more user-friendly than competing products.

"We work mainly in Windows environments and PRTG's advantage over open source solutions is that it can be integrated very efficiently, with very simple deployment. But we also use a few Linux servers, as well as various network equipment, and PRTG has multiple pre-configured sensors to manage this great divergence of systems. In addition, it is very easy to create and configure new sensors using the creation and scripting tools, with the help of Paessler's highly efficient support if necessary. We clearly feel the dynamism of their teams who are always looking to keep up with technological developments," explains the system and network administrator.

The initial deployment went quickly, with the solution being operational for its users in less than a month. Sébastien Chauchard then optimized the use of PRTG over a year to reach 600 active sensors deployed today in the Gris Group’s IT infrastructure. 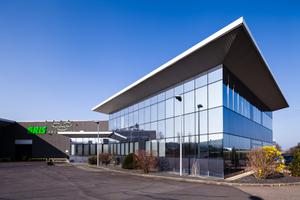 "Our visibility of and especially the understanding of the IS is excellent, which is essential when we have to manage crisis situations. Sometimes we have to deal with power cuts that force us to restart the entire computer system."

For nearly three years now, the four members of the Gris Group's IT team have been using PRTG on a daily basis to supervise network equipment and applications. The solution provides them with essential assistance, to the point that they would find it difficult to do without it today.

"Previously, it was necessary to control each active element one by one as well as the correct synchronization of applications, which took a long time, not to mention the bugs which had a snowball effect that were difficult to catch. From now on, monitoring allows us to keep control in this kind of situation, especially since we can be alerted at any time by email during the day and by SMS at night, thanks to PRTG's notification system, because our production sites operate in 3x8 mode" explains Sébastien Chauchard.

The IT team now has the ability to place itself in a position of anticipation and anticipate problems before they occur and dissatisfied users before they become so. A real revolution that is also accompanied by the possibility of carrying out post-incident analyses in order to make ever greater progress in the proper management of the information system.

In addition, in order to ensure continuity of supervision, the administrator uses the clustering option offered by Paessler, allowing the installation of two PRTG software packages at a time, in case the main server fails. A crucial additional guarantee in the eyes of the IT team. 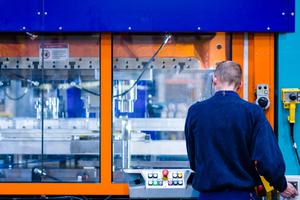 Today, Sébastien Chauchard continues to develop the use of PRTG within the Gris Group, with each new application being the subject of new sensors installed. The IT department is consolidating its structure and the objective is now to give simplified access to non-technical users of the company.

Particularly convinced by the interest in using PRTG, Sébastien Chauchard also teaches students to take the solution in hand during training sessions he gives at the CESI Alternance school in Nancy, in parallel with his duties within the Gris Group. The objective of these courses for students is to learn, among other things, how to install and configure PRTG among Windows machines, a Linux server and Cisco hardware.

Once the discovery phase is over, students generally express their enthusiasm for using the solution, praising the speed of its implementation and the ease with which it can be set up. 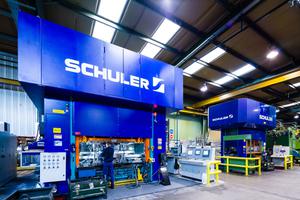