How PRTG can be Used to Support SDN

Simplyfied, SDN can be called network virtualization. SDN means Software Defined Networking and indicates decoupling of the so-called control plane, or control level, from the data plane – the level on which data is moved around and on which hardware (switches, routers, etc.) is located, in addition to raw data. 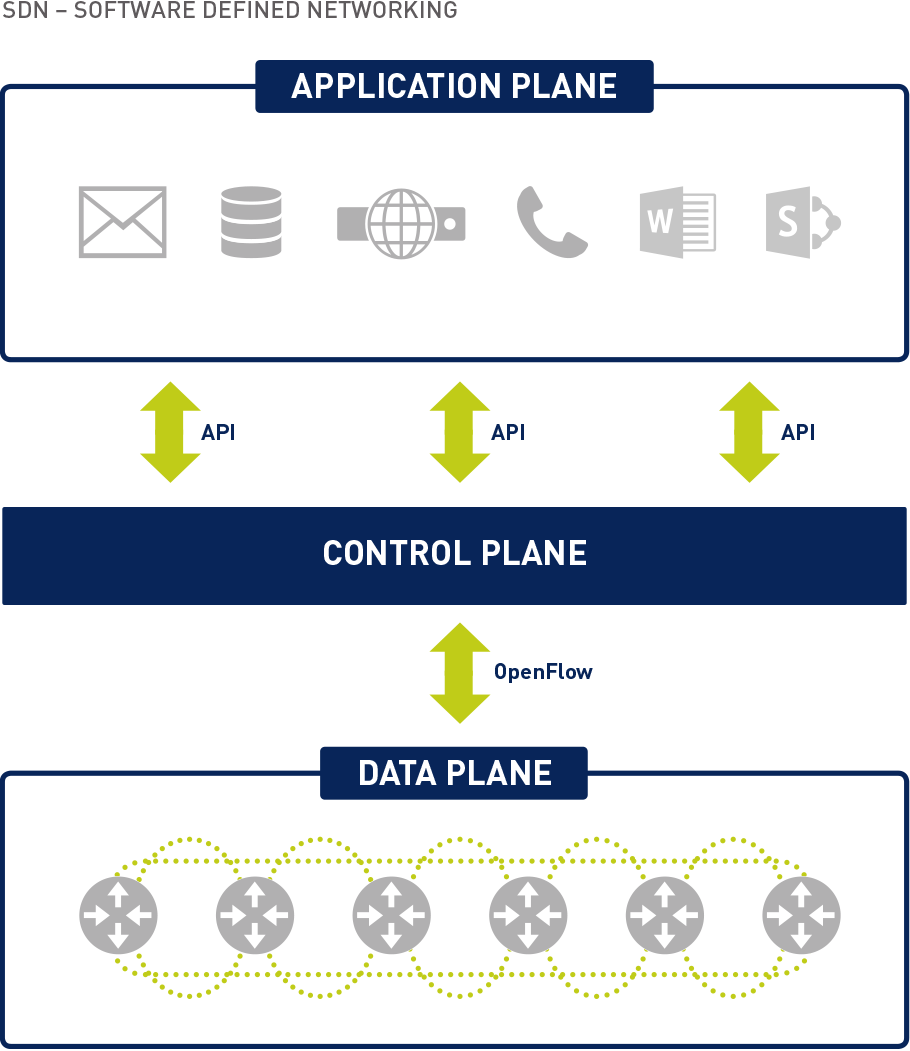 Challenges for SDN in the Market

According to a Gartner survey from December 2014, SDN was implemented on a significant level in 7% of the companies. Taking Gartner's focus on large corporations into consideration, as well as the fact that SDN is currently only plausibly affordable and advantageous for large companies, implementation in small and medium sized companies is probably much lower.

According to Gartner, 10,000 companies will have implemented SDN by the end of 2016. This number seems high at first glance, but is quickly put into perspective when one realizes that in Germany alone, there are more than 3.5 million companies, 330,000 of which have more than 10 employees.

As a manufacturer of a monitoring solution that offers unified monitoring for small and midsized companies, Paessler is often asked about supporting SDN-controlled networks.

The control plane can maybe compensate for failure of single devices so that no direct damage occurs, but the overall network performance is still influenced by failures and disturbances. Proactive and complete monitoring of the data plane is absolutely essential even for SDN controlled networks.

Current monitoring solutions, however, generally aren’t yet able to monitor the control plane.

Consistent standards and interfaces need to be established before manufacturers of monitoring tools can take action. Assuming that each SDN provider also provides standards with which the solutions can calculate and make available the corresponding control plane performance data, conventional monitoring software providers can jump in, pick up this data and integrate it in a central, comprehensive overview of the entire IT. Established manufacturers of virtualization software like VMware, Citrix and Microsoft are good examples of this.

Most monitoring solutions are now proficient in handling their standards comprehensively and integrating the virtual environment in overall monitoring.

However, several years of hypes and drawbacks passed before virtualization was able to establish itself on the market. As virtualization really started to spread, well-known monitoring solutions were prepared.

SDN will be similar: It will take years for administrators of midsized companies to think seriously about implementing SDN and how to maintain control of the control plane. If they have established, comprehensive monitoring solutions implemented in their networks, they can assume that they will be prepared for SDN by then, too.